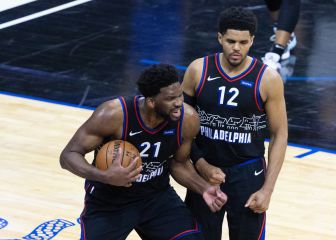 New England Patriots coach Bill Belichick is speaking up about the alleged friction between him, Tom Brady and team owner Robert Kraft.

The Patriots coach said he has a "great" relationship with Brady and Kraft, as well as the quarterback's trainer, Alex Guerrero, despite reports saying that there was trouble in paradise.

"Eighteen years with Tom and 22 with Robert. It's been great," Belichick said on WEEI on Monday.

"I appreciate everything that Robert has done for me, the opportunities he's given me and the support. I've been pretty lucky to have Tom as the quarterback for those 18 years, playing for 17. He's a great player to coach and he's done a lot for this team. He's been a huge help for me personally.

An ESPN article published last week depicted Belichick's relationships with the other three men as hostile.

Because of Guerrero's heavy influence on Brady, the report stated the trainer's role has been more subdued with the team, which Belichick denied.

"I think we're talking about a lot of inaccuracies here," Belichick said. "I respect Alex and I think I have a good professional relationship with him. I can't speak for him, but I think he would say the same thing."

Asked about his job security and if he planned on being back next year with the Patriots, Belichick told reporters during a conference call Monday: "Absolutely."

There's a chance I'd take it - Gruden open to coaching Raiders