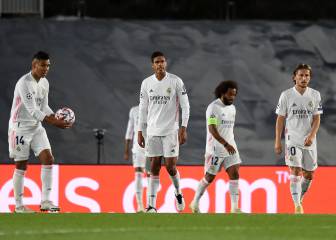 After his Australian Open campaign was cut short by an upper leg problem, Rafael Nadal said there are "too many people getting injured".

An anguished Rafael Nadal suggested the schedule of the ATP Tour should be looked at after he joined a lengthy list of high-profile injured players and exited the Australian Open on Tuesday.

Nadal retired from his quarter-final against Marin Cilic at Melbourne Park, trailing 2-0 in the fifth set, having been significantly troubled by an injury to his upper right leg.

The world number one's exit from the year's first grand slam came 24 hours after an ailing Novak Djokovic - returning from six months out with an elbow problem - had looked short of full fitness in a straight-sets defeat to Hyeon Chung.

Andy Murray missed the tournament altogether after undergoing hip surgery earlier this month, while Kei Nishikori is another absentee and Stan Wawrinka only made the second round on his comeback from a lengthy lay-off.

"Not for now that we are playing, but there is life after tennis. I don't know, if we keep playing on these very, very hard surfaces, what's going to happen in the future with our lives."

Nadal expects to provide an update on his fitness on Wednesday.

"I can't say [now] because I don't know [the extent of the problem]," he said. "It just happened 10 minutes ago and it is impossible to know. "This type of injury is difficult to know immediately. We need to wait a couple of hours. Tomorrow [Wednesday] I am going to do a test, an MRI here, then we will know.

"It's high on the leg. But I don't want to lie. Tomorrow we are going to communicate what's going on after the MRI. It is not the moment to say what's going on or what's not going on because we really don't know and the doctor really doesn't know yet. It's better to wait just a few hours. Give me that time, and tomorrow afternoon we'll let you know."

Prior to Nadal calling for a medical timeout when he trailed Cilic 4-1 in the fourth set, there had been no sign of any physical problem for the Spaniard.

"I started to feel the muscle a little bit tired in the third, but [I was] playing normal, no limits, no limitation," he explained.

"Then in the fourth at one movement, one drop shot I think, I felt something. At that moment I thought something happened, but I didn't realise how bad, what was going on in that moment.

"In the fourth at one movement, one dropshot I think, I felt something. At that moment I thought something happened, but I didn't realise how bad, how bad was what's going on in that moment."

"[These are] tough moments. I'm a positive person, and I can be positive, but today is an opportunity lost to be in the semi-finals of a grand slam and fight for an important title.

"I don't want to say [there is] frustration, but it is really tough to accept, especially after a tough December that I had without having a chance to start in Abu Dhabi and then Brisbane [due to a knee injury].

"I worked hard to be here. We did all the things that we believed were the right things to do to be ready. I think I was ready."

Suffering Djokovic dumped out of Australian Open by Chung

Djokovic to assess options on injured elbow after Chung defeat