Kerber crushes Keys to book her place in the semis 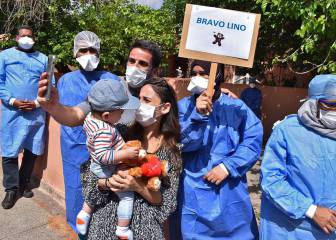 Kerber crushes Keys to book her place in the semis

Madison Keys was no match for Angelique Kerber, who reached the Australian Open semi-finals on Wednesday.

Angelique Kerber brushed past Madison Keys at the Australian Open, reaching her sixth grand slam semi-final in style on Wednesday. The German two-time major winner capitalised on an error-filled display by Keys, racing to a 6-1 6-2 victory in just 51 minutes on Rod Laver Arena.

Keys made to pay

Keys, playing in her fourth grand slam quarter final, made too many mistakes, her 25 unforced errors proving costly. The form player in the women's draw, Kerber is yet to lose in 2018, having won the Sydney International title ahead of the year's first major.

Kerber, the 2016 champion in Melbourne, had won six of her previous seven matches against Keys, and that always looked set to continue. Keys was the aggressor but her mistakes were costly from the outset as the consistent Kerber, the 21st seed, broke three times in the opening set.

The American 17th seed needed a strong start to the second, but Keys – the 2017 US Open runner-up – instead fell 3-0 behind. Keys broke to love in the fifth game, but Kerber responded to seal a resounding win.

"I just try to enjoy myself again on court. I know that I was working hard in the off season, and I know that I can play good matches... [and] it's really important to just have a good time off court."@AngeliqueKerber: working hard and having fun since 1988! #AusOpen pic.twitter.com/uktaKYZEpz