Aubameyang Arsenal debut may be delayed by sickness 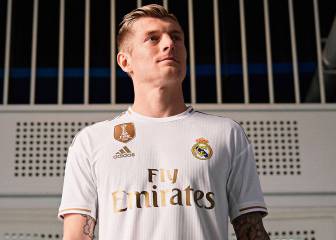 Aubameyang Arsenal debut may be delayed by sickness

Arsenal could be without record signing Pierre-Emerick Aubameyang against Everton due to a sickness bug.

Pierre-Emerick Aubameyang's Premier League debut may not come this weekend after Arsenal Wenger revealed the Arsenal striker is struggling with a fever.

Fever could mean no pitch for Aubameyang

Aubameyang completed a deadline day move to the Emirates for a club record £56million as part of a convoluted process that saw Borussia Dortmund sign Michy Batshuayi on loan from Chelsea and Olivier Giroud move to Stamford Bridge.

The Gabon international has been in fine form for Dortmund with 13 goals in 16 Bundesliga games.

Here's the boss on @Aubameyang7...

“He’s a typical striker, with great pace and a good ratio of games played and goals scored. He has a good work-rate and is a team player”

However, Arsenal fans may have to wait to see him in action after Wenger confirmed he is struggling to be ready for Saturday's home clash against Everton.

"Aubameyang, I have to assess how well he is physically today and how well he feels," Wenger told a media conference.

"He had a fever so he could not practice a lot – he started yesterday, was still not completely well.

"I have to assess with the medical department how fit he can be."

Dortmund's Stoger glad to see the back of Aubameyang

Neymar's PSG switch has changed the face of the transfer market