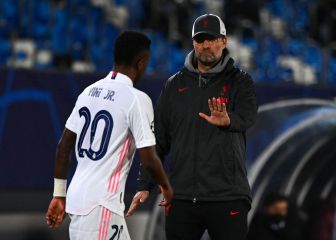 Three months after getting sacked by Marseille, Patrice Evra has signed for West Ham as a free agent until the end of the season.

Patrice Evra has joined West Ham as a free agent, three months after being sacked by Marseille following an altercation with a supporter.

The former France international has signed a deal until the end of the campaign as he reunites with David Moyes following the Scot's short-lived tenure at Manchester United in 2013-14.

Evra was sent off before Marseille's Europa League game at Vitoria Guimaraes in November, for aiming a kick at a man's head following an argument with a group of travelling fans during the warm-up.

UEFA suspended Evra from its competitions for the remainder of the season, while Marseille terminated his contract, and on Wednesday it was confirmed the 36-year-old had secured a return to the Premier League, where he won five titles with United.

"It's amazing to be back and I am thankful to West Ham for giving me the opportunity to do my job," Evra told his new club's official website.

"I'm just happy to be here, it's really simple. You don't realise how lucky you are - just to wake up this morning and know I am going to train with my new team-mates made me smile.

"It happened really fast. My agent called me and told me I needed to come back [from Dubai] to London as quick as I could and I had a nice meeting with the manager, who I know from Manchester United, of course, and I met the chairman, so it was really easy.

"When you have to make a deal and money is not the issue, the deal could be done in five minutes. The main thing was for me to join West Ham and to help my teammates to win as many games as we can.

"It was the fastest thing I have done in my life, because both parties wanted to work together, so it was very easy to make an agreement."

West Ham have edged away from relegation trouble since Moyes succeeded Slaven Bilic earlier this season.

They lie 12th, three points above third-bottom Stoke City in a congested bottom half, and last weekend's 3-1 defeat at Brighton and Hove Albion was their first in the top flight since before Christmas.

Evra's first opportunity to make his West Ham debut will come when the host Watford at London Stadium on Saturday.