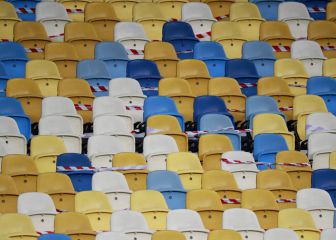 Anderlecht have been ordered by UEFA to partially refund Bayern Munich fans for their tickets for last November's Champions League group game.

The Belgian club charged €100 per ticket for the travelling supporters for the game at the Constant Vanden Stock Stadium, which Bayern won 2-1.

UEFA has ruled the price was excessive and has instructed Anderlecht to reimburse Bayern by €30 per ticket.

In a statement released by their Control, Ethics and Disciplinary Body, UEFA said: "RSC Anderlecht is ordered to contact FC Bayern Munich within 15 days to compensate their supporters with an amount of €30 per ticket to those away fans located in the upper tier section (sections S14, S15, S16 and S17)."

In December, UEFA fined Bayern €20,000 after their fans protested against the inflated ticket costs.

Supporters threw fake bank notes onto the pitch and displayed a banner, which read: '"€100? Is your gr€€d [sic] now finally $atisfied?"'.