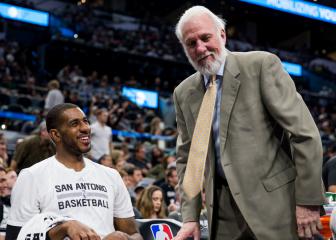 José Riva played football and tennis growing up and now plays off a handicap of four in golf as he uses the necessary precision to excel at croquet.

José (Pepe, Pepín) Riva has found a niche sport for himself in Spain that he excels at, but one that is played widely around the Anglo-Saxon world. He plays a sport called croquet, which he just won a bronze for at the New Zealand World Croquets championship. The Gijón-born athlete made the semi-final in his discipline that has taken off in commonwelath countries but that is not anywhere close to as popular everywhere else.

This was a barrier that José Riva had to face when he first started out. His mentors came from outside of Spain. As reported by 'El Confidencial', Reg Bamford, who beat him at the World Cup is the man who has been drawn to play with him in the British Open double. Chris Clarke, the former world number one, is his 'online' manager as he searches for tips and strategies to continue improving.

Riva grew up on football and tennis

Riva is a bronze medal winner today but he is a complete athlete and played football and tennis growing up, which comes in handy for the necessary precision for croquet and he is also an expert golfer, who plays off a hanficap of 4.

His career is both excellent and precocious. At just 16 years of age, he was the champion of Spain, a championship he has won now on seven occasions. 2016, he became the first Spanish player to win the European croquet award. Last year, also, he won the European championship but he competed in a different format, the eights, which sees the eigth best players in the world play each other.