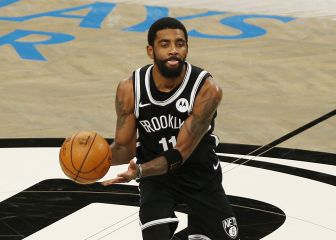 The star of the show at the Rotterdam Open was the evergreen Roger Federer.

Federer – the 20-time grand slam champion – is eyeing a return to the summit of the world rankings and started his bid in style on Wednesday against the world number 116.

He was joined in the next round by the likes of Dimitrov and Goffin, while there was a shock in store for third seed Alexander Zverev.

FULL SPEED AHEAD FOR FED

What is quick is not necessarily painless, as qualifier Bemelmans will be able to attest following his thrashing at Federer's hands.

The Swiss maestro broke at the first opportunity and rarely let up the pressure from there, ultimately triumphing 6-1 6-2 in under an hour.

It was Federer's first match back since winning his sixth Australian Open title last month, but he was quickly into his stride.

Philipp Kohlschreiber is up next for the 36-year-old, who needs to reach the last four to regain top spot in the rankings.

DIMITROV AND GOFFIN MARCH ON, ZEREV DUMPED OUT

It is a tough field in Netherlands, even after the shock exit of Federer's compatriot Stan Wawrinka, with Dimitrov and Goffin in particular providing stiff competition.

Goffin, seeded fourth and runner-up in 2017, was even more impressive in his 6-1 6-3 success over Feliciano Lopez.

The Bulgarian is through to the second round in Rotterdam after he beat Yuichi Sugita. Can he go all the way?

The Belgian faces Tomas Berdych next, the sixth seed having beaten Viktor Troicki 6-1 6-2.

But Zverev, playing in the last match on court, was downed by Andreas Seppi 6-4 6-3.

With the big names back-loaded in the schedule, the earlier matches set the tone of one-sided encounters.

None of the ties went the distance and, indeed, the first one up ended after four games, with Richard Gasquet retiring hurt when 3-1 down against French compatriot Pierre-Hugues Herbert.

Elsewhere in the draw, there were wins for Robin Haase, Andrey Rublev – who surprised seventh seed Lucas Pouille – and Damir Dzumhur.