Maria Sharapova pulls out of Dubai through injury 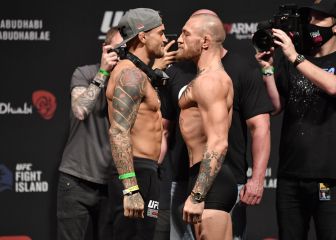 Maria Sharapova pulls out of Dubai through injury

An unspecified problem, thought to be pain in her forearms, has forced the former world number one to pull out of the Dubai Tennis Championships.

Maria Sharapova has pulled out of the Dubai Tennis Championships through injury.

No official reason has been provided for the Russian's withdrawal, although reports suggest the five-time grand slam champion has been struggling with pain in her forearms.

Sharapova was beaten in the first round of the Qatar Open by qualifier Monica Niculescu on Monday and will now miss out next week in Dubai.

American Madison Keys will also sit it out due to illness, but French Open champion Jelena Ostapenko has joined the field.

Madison Keys also out of Dubai

"Unfortunately both Maria Sharapova and Madison Keys have regretfully had to withdraw from the Dubai Duty Free Tennis Championships due to injury and illness," Tournament Director Salah Tahlak said via a news release.

"We are sorry that neither Maria nor Madison will be able to play in Dubai, but we still have one of the strongest fields ever assembled for the WTA event.

"Maria said that she is very sorry she cannot be here and hopes to come back next year. We wish her and Madison a speedy recovery."