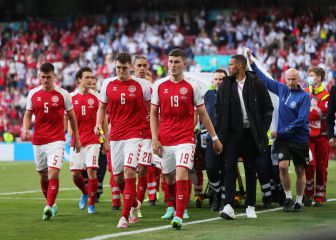 Eliaquim Mangala may not play again for Everton, with Sam Allardyce fearing the Manchester City defender has suffered a "long-term" injury.

Everton boss Sam Allardyce has revealed that Eliaquim Mangala could be out "long-term", just two games into a loan spell from Manchester City. Mangala has featured in a defeat at Arsenal and the victory over Crystal Palace last time out, but he has sustained an injury while the Toffees have taken a mid-season training trip to Dubai.

Allardyce hopes the return of Seamus Coleman, Phil Jagielka and Leighton Baines will help cover the Frenchman's absence, while Ramiro Funes Mori recently played for the Under-23 side, having spent almost a year out due to knee injuries.

He said: "Seamus Coleman, we hope, will be fit very quickly and, if we can get Phil Jagielka and Leighton Baines back in the squad quickly, then we are stronger in terms of our selection. The injuries this week were a blow, with Mangala in particular - that looks like it could be long-term, which is a great shame for him and for us because I think he was a very good addition to the squad. But, overall, we are in a good position to try to finish the season strongly."

Everton are ninth in the league with 11 games to play, Allardyce having steered the Toffees eight points clear of the drop zone.

🐝 | How Dubai trip is boosting Blues ahead of Watford trip...https://t.co/ajgy9hzzCY

Diplomatic Mou: "I don't want to lose my best-behaviour award"