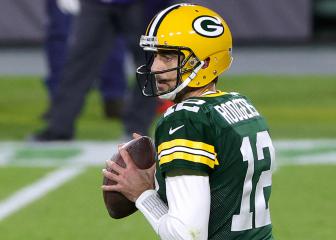 Faivre was sent home on Sunday after saying he didn’t care about medals won by his teammates and was only concerned with his own success.

French alpine skier Mathieu Faivre has been sent home from the Winter Olympics after making angry comments following a race on Sunday.

After finishing seventh in a race, the 26-year-old, partner of American ski star Mikaela Shiffrin, told reporters that he didn’t care about medals won by his teammates and was only concerned with his own success.

“I'm here to race for myself only,” Faivre was cited by the BBC as saying, “if you only knew what I think about the group collective.”

On Monday, the French Alpine team announced that Faivre was kicked out for his “disciplinary reasons”.

“He made remarks after the race that were not in the spirit of the team and will not be retained for the team event.”

The Frenchman, who won a gold medal at last year’s world championships, apologized for his outburst on Facebook.

“I would like to come back to what I said after my race at the Olympic Games today in PyeongChang,” he wrote.

“As a reminder, I said that the team race was the last of my worries to the question of a journalist asking me my feelings.

“So I just want to write you this little message to make my mea-culpa if it could shock some people and explain the substance of my thought.

“Skiing is an individual sport that is practiced as a team. However, when we are in the starting gate, only our individual race and our own performance is important.

“So yes, when it came time to give my feelings on my race, some 10 minutes after crossing the finish line, only my performance and my failure were present.

“Nobody reacts the same way in the face of failure and I must admit, coming from the south, I may have a tendency to have warm blood. The words have gone beyond my thought.

“I did not want to disrespect anyone, I was extremely proud to represent my country and I thank all the people who made this possible.'

Faivre was a candidate to occupy a place in the French team for the mixed Alpine team event, which makes it Pyeongchang debut on Saturday.