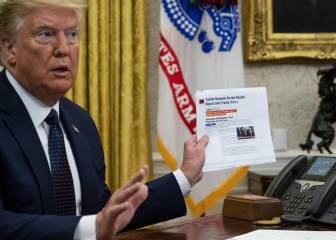 Magne says French rugby must establish an identity if the national team is to have any chance of challenging for honours.

Olivier Magne says French rugby is in "crisis" and thinks it will take a long time before Les Bleus are a force to be reckoned with.

To make matters worse, a host of players were questioned by police at Edinburgh Airport following a report of a sexual assault during a night out following their 32-26 loss at Murrayfield.

Although police stated that no crime was committed, the French Rugby Federation dropped the players in question for the clash with Italy on Friday as a result of behaviour that "did not respect their international status and the resulting duties".

Former France flanker Magne does not see the national team flourishing unless changes are made from top to bottom.

Speaking at the Tournoi des 6 Stations Orangina, Magne told Omnisport: "We have a lot of difficulty at the moment and I hope the worst is not to come. At the moment French rugby is not in a good way.

"We fired a coach [Noves] for the first time in history, we are in the middle of a crisis and it's not finished. We don't know exactly what happened with the players in Edinburgh [on the night out] after the match, but we didn't need that.

"It will take a long time to get France back to where we want to be. We have to start from the beginning and say 'what type of team do we want to be?'

"We need a system to bring us to the top level of the international game, not only in the Top 14. We know our championship is good, but it does not prepare our players for the top level. That has been the case for 10 years, so we have to change the structure from the amateur level upwards. We need a strong vision and everyone must be behind it."

Magne backed the decision to omit players who went on the night out in Scotland. He added: "I think it is fair enough. It is a strong message to send to everyone. I agree with the sanctions, you have to think about what you do. We cannot give the possibility for other players to do the same."

Magne was among the former internationals competing in the Tournoi des 6 Stations Orangina [The 6 Stations Tournament] on the snow in the French Alps from February 12-18. For more information on the event visit http://tournoides6stations.com/en/