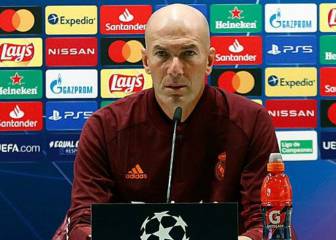 Bayern Munich striker Robert Lewandowski has appointed Pini Zahavi as his agent, but it apparently has nothing to do with his long-term future.

Robert Lewandowski insists his decision to change agents has nothing to do with a desire to leave Bayern Munich for Real Madrid.

The striker appointed Pini Zahavi as his new representative after ending a long-term working relationship with Cezary Kucharski.

The decision has encouraged further rumours around a possible transfer at the end of the season, with the Santiago Bernabéu the most likely destination, as Zahavi is said to have been involved in brokering Neymar's world-record move to Paris Saint-Germain last year.

Lewandowski, however, has dismissed the talk as merely amusing speculation.

"No, that has nothing to do with it," he told Sky when asked if a desire to leave Bayern was behind Zahavi's appointment. "Speculation like this is funny, but it doesn't interest me."

Zahavi himself refused to be drawn on the prospect of Lewandowski joining Madrid, who are eager to sign a new centre-forward.

"Will Robert go to Real Madrid? We'll see," he told Polish newspaper Przeglad Sportowy. "Now, it's time for me to do my job."

Lewandowski has scored 20 goals in as many starts in the Bundesliga this season. His manager, Jupp Heynckes, has said that "there's nothing wrong with a player changing his agent," but added that "I can't imagine there's a chance of him leaving Bayern."