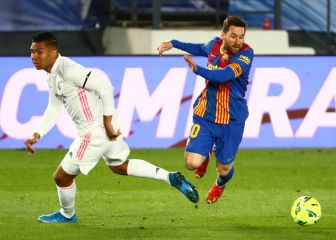 Kroos free-kick flies in off Dest and Alba

Having struggled for minutes at Getafe, Swansea City's Jefferson Montero will spend the rest of the season with Emelec in Ecuador

Jefferson Montero has returned to his first club Emelec in a "sub-loan" from Swansea City via LaLiga side Getafe. The Ecuador international secured a temporary switch to Getafe at the start of the season having fallen out of favour at the Liberty Stadium.

No joy in LaLiga

But he has struggled even more in Spain, playing just four league games for the promoted side this term, with none of those appearances coming as a starter. He now returns to Emelec – the club he started at as a youngster – until the end of the season, though he remains registered to Getafe as well.

We can confirm that @JeffMONTERO23 has joined @CSEmelec on a sub-loan for the remainder of the season. https://t.co/m16WodqPX3