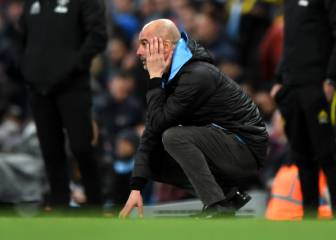 Anthony Borges took five bullets as he protected classmates at the Florida school shooting and Barcelona have stepped in to offer help.

Barcelona have offered medical support to Anthony Borges and will give the youngster the chance to meet Lionel Messi after his act of heroism during last month's Florida school shooting.

Borges took bullet to save classmates in Florida

On February 14TH, 14 students and three teachers were killed at Marjory Stoneman Douglas High School in Parkland. Former pupil Nicholas Cruz has been charged with 17 counts of pre-meditated murder.

Borges, 15, took five bullets to his back and limbs as he barricaded a door to protect classmates from the shooter. A keen young footballer, Borges spent two months at the Barça Academy in Lauderhill, near Fort Lauderdale, in 2016.

He remains in hospital and, when Barça became aware of his father Royer Borges setting up a crowdfunding page to raise money for his son's medical treatment, LaLiga's leaders decided to intervene.

Along with sending a signed shirt to the hospital, Barcelona have invited Anthony to Spain to meet their first-team squad when he is back on his feet.

A statement from Barcelona read: "It was journalist Santiago Segurola who set things in motion. He informed the club of the situation, and Barça immediately offered the support of its own medical services to help ensure that Anthony gets all the surgery he needs to get back to enjoying one of his greatest passions, playing soccer, as soon as possible.

"Now in hospital recovering, one of Anthony's greatest dreams has always been to travel to Barcelona and meet the first team players.

"And as the club told his father Royer on the phone this week, it would be more than happy to help with that."

"He never expected Barcelona to do this"

Borges Sr added: "I thank Barça for all their support and for going to all this trouble to help cheer up my son," he said. "I understand that the club's doctors also helped with his recovery.

"He never expected Barça to do this. Neither did I. When he was about to go in for surgery, by chance I heard the voicemail, because I couldn't receive calls, and put the phone on loudspeaker so he could hear the message. He was smiling so much."

UOL: Grêmio officials due in Barcelona to close Arthur deal