Axel Werner handed a chance in Atlético's goal with Oblak out

Axel Werner handed a chance in Atlético's goal with Oblak out

The goalkeeper's last official game was in December 2016 and he will be tasked with replacing Jan Oblak at the Wanda Metropolitano on Thursday night.

It often feels like Murphy's Law at Atlético Madrid. On Wednesday, just a day before they continue their European adventure against Lokomotiv Moscow, Jan Oblak was ruled out. Seven days after selling Miguel Angel Mota to Real Sociedad, the goalkeeping situation at Atleti all of a sudden looks a little unstable. Oblak's groin injury leaves a question mark over his status for Celta Vigo on Sunday too. And so, Atletico will look to the rookie, Axel Werner.

His last official game was in December 2016 between Boca Juniors and Colón. On Thursday, he is the only option Diego Simeone has.

Oblak's problems started against Copenhagen when he hurt his hand with a number of punched clearances. He recovered enough to play against Barcelona but now his groin has acted up.

Aside from between the posts, Simeone looks set to make two changes out the field with Vrsaljko replaced by Juanfran and Correa coming in for Gabi. Yuri Semin, Lokomotiv's manager, will be looking to take advantage of Atlético's weak point with Manuel Fernandes (12 goals) on the right hand side.

Simeone also called up Alex dos Santos from the Juvenil A side on Wednesday when he had three keepers but Oblak has been ruled out and Cholo is left with two keepers. He will wear number 53 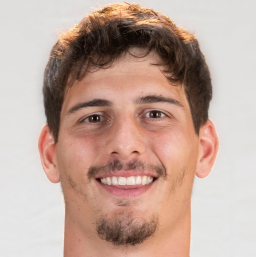