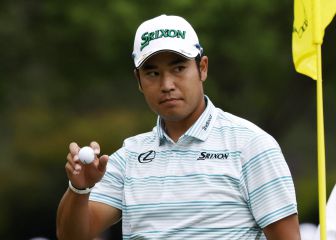 Next year's Presidents Cup is set to have plenty of star quality, with Tiger Woods and Ernie Els to be named as captains.

Tiger Woods' playing career is heading in a positive direction once again, and the 14-time major champion looks set to take up a non-playing role in next year's Presidents Cup as captain of the United States team.

Woods, who finished second at last week's Valspar Championship to heighten expectations of future success, served as a vice-captain to Davis Love III in the 2016 Ryder Cup and is set to fulfil the same role under Jim Furyk in Paris later this year.

On Tuesday, Woods and Ernie Els were expected to be announced as the respective leaders of the US and International teams at the 2019 Presidents Cup, to be held at Royal Melbourne Golf Club in Australia.

Ahead of an anticipated announcement at 4:30pm ET, the official Twitter account of the Presidents Cup shared a message that appeared to confirm the news. An image of the account's notifications column in Twitter featured the update: "Tiger Woods and Ernie Els followed you".

Woods and Els were at the centre of arguably the most dramatic finale in the tournament's history 15 years ago in South Africa, when the cup was shared after the pair could not be separated in three play-off holes contested in fading light.

The official announcement of Tuesday's news was set to take place at Bay Hill Club & Lodge, the venue for this week's Arnold Palmer Invitational, where a resurgent Woods is seeking to build on last week's encouraging performance and claim a first PGA Tour title since 2013.

An eight-time winner of the Arnold Palmer Invitational, Woods has endured a number of lengthy lay-offs and four back surgeries, but now looks to be back to full fitness as he prepares for his fifth start of 2018.