The nine-times World Champion has signed a two-year contract with Yamaha, which will see him continue to race until the age of 41.

Italian MotoGP great Valentino Rossi has signed a two-year contract extension that will keep him at the factory Yamaha team into his 40s.

The nine-times world champion, now in his 13th season with the Japanese manufacturer, turned 39 last month and would have been out of contract at the end of the championship that starts in Qatar this weekend.

"When I signed my last contract with Yamaha, in March 2016, I wondered if that would have been the last contract as a MotoGP rider," Rossi said in a team statement on Thursday.

"I want to thank Yamaha... for their trust in me, because the challenge is difficult: being competitive until I‘m 40 years old.

"I know it's going to be difficult and it requires a lot of effort from my side and a lot of training but I'm ready, I am not lacking in motivation, that's why I'm signing for two more years," he added.

Rossi has won seven of his titles in the top category and has taken 56 of his record 89 top category wins with Yamaha, making him the Japanese company's most successful grand prix rider.

His total of 115 wins from all categories make him the second most successful rider of all time, after compatriot Giacomo Agostini who won 122 races and 15 championships between 1965 and 1976.

Yamaha: 'no doubt Rossi is still a top rider'

Rossi's last grand prix win was at the Dutch TT at Assen in June 2017, a season in which he stood on the podium six times.

That set a record for the longest winning stretch across all classes, the victory coming 20 years and 313 days since his first in what was then the 125cc category.

Then third overall, his hopes of mounting a championship challenge were dashed when he broke his leg in a training accident at the end of August.

"It was very easy to reach an agreement together -- as a factory team we need top riders capable to win and with the total commitment to do what it takes to achieve the goal," said Yamaha Motor Racing managing director Lin Jarvis.

"Despite his many years in the sport and his 39 years, Vale is as committed today as he ever was and there is no doubt he is still a top rider."

Yamaha's other rider is Spaniard Maverick Vinales, who finished third overall last season with Rossi fifth. He is also under contract for the next two seasons. 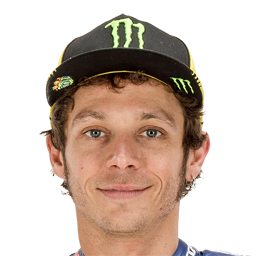 MotoGP 2018: Can anyone stop Marc Márquez?