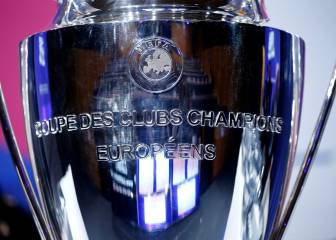 Inter Milan must avoid any more mistakes if they are to secure Champions League football for next season, according to Luciano Spalletti.

Luciano Spalletti has challenged his Inter players to replicate their performance against Napoli for the remainder of the season as they chase a spot in Serie A's top four. After holding the title challengers to a 0-0 draw at San Siro last time out, fifth-placed Inter travel to Sampdoria on Sunday for a pivotal game in their quest to secure Champions League football for next season. Spalletti believes the performance against Maurizio Sarri's side demonstrated how Inter can compete with the best - and now wants more of the same for their remaining 11 league fixtures.

"You qualify for the Champions League with matches like this," he told the media. "I expect character, but the match against Napoli tested our qualities and showed us that in certain matches we are able to find the right ingredients to play big-game football. It's essential to repeat it and demonstrate the same qualities again - it has to become a habit. We need to become a strong team and we are looking to put together all our best characteristics to get there. Things have visibly changed over the last two matches, so I'm already expecting that tomorrow I will see more progress along this route. Our opponents will make life difficult for us but we need to have the strength to play 11 matches at a certain level. From now until the end of the season, we cannot play at anything less than our best, we can't make any more mistakes."

Spalletti also publicly backed Ivan Perisic, who has come in for criticism of late after a series of lacklustre performances. Inter's manager remains confident the Croatia international will rediscover his best form in the closing stages of the campaign.

"He has exceptional, indisputable quality, but it is not easy to always play at his maximum level because every footballer, even the best, will have times when they can't make the most of their ability," Spalletti added.  "I would always want to have a player like Ivan in my team. I have faith in him as man and as a footballer."

Samir Handanovic says Inter Milan must up their game

Anything can happen - Hamsik not giving up on Scudetto