Verratti: PSG without Neymar is like Barça without Messi 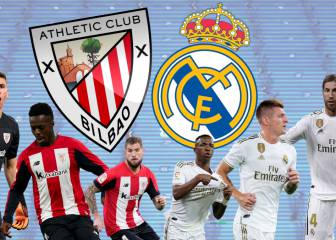 Verratti: PSG without Neymar is like Barça without Messi

Marco Verratti discussed his side's Champions League exit at the hands of Real Madrid, and also quashed rumours of a move to Barcelona.

Marco Verratti refuted suggestions agent Mino Raiola touted his services to Barcelona and is adamant he will be staying at Paris Saint-Germain next season.

Italy international Verratti has been linked with Barcelona on and off for several years, having established himself as one of Europe's most talented central midfielders.

Following PSG's Champions League elimination, reports in France claimed Verratti had instructed Raiola to secure him a move, with Barca said to be their preferred destination.

But the 25-year-old has ended such rumours, adamant he will not be seeking a move away from Parc des Princes.

Speaking to Gazzetta dello Sport, Verratti said: "I've read that Raiola has offered me to Barcelona – it's false.

"I talked to my managers, they know what I think, things are clear. I have decided to stay at PSG."

Verratti also reflected on PSG's Champions League exit to Real Madrid and he believes losing Neymar is akin to Barcelona being without Lionel Messi.

"Real Madrid are a tough opponent, but we were convinced we could progress," he said. "PSG are not so far behind Real.

"Some details make the difference. We did a lot in the first leg, but still two goals [was the difference] – we also lacked Neymar, which is like taking Messi away from Barcelona."