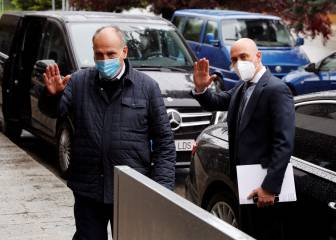 LaLiga to restart on 11 June with Sevilla - Betis

Uruguay will face Wales in the China Cup final after Luis Suarez scored his 50th international goal in a win over Czech Republic.

Luis Suarez scored his 50th goal for Uruguay as they booked their place alongside Wales in the China Cup final with a 2-0 victory over Czech Republic.

The Barcelona forward - Uruguay's all-time leading goalscorer - netted the opener from the spot in Nanning after being brought down in the box by goalkeeper Jiri Pavlenka just 10 minutes into the contest.

Edinson Cavani added a second eight minutes before half-time with a superbly struck overhead kick, although there was some suspicion of offside against the Paris Saint-Germain frontman.

The result earns Uruguay a meeting with Wales in Monday's final, following a 6-0 triumph for the Euro 2016 semi-finalists over hosts China on Thursday in Ryan Giggs' first game in charge.

Czech Republic will face China in a third-place play-off earlier on the same day.