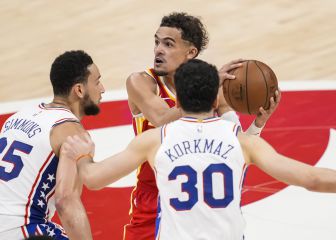 World number one Simona Halep is through to the third round of the Miami Open, along with a number of top WTA Tour rivals.

Simona Halep came through a difficult tie against Oceane Dodin to reach the third round of the Miami Open, where she is joined by Karolina Pliskova and Angelique Kerber. World number one Halep looked to be in trouble against the supposedly modest talents of Dodin, but she showed her class to progress in Miami on Thursday.

It was a mixed day for the other seeds, but Pliskova – ranked sixth – and two-time grand slam champion Kerber – ranked 10th – both made it through, with Caroline Garcia a notable departure. Former world number one Victoria Azarenka, meanwhile, benefited from Madison Keys' retirement.

Top seed Halep reflected on a "crazy game" after she edged past Dodin, coming from a set down to beat a player who had only qualified as a lucky loser. Dodin's power repeatedly caused the Romanian problems as she looked to be suffering initially with her neck and then with her ankle, but a two-hour marathon proved too much for the world number 98. "This year I have had many tough matches," Halep said afterwards. "I'm used to it."

Having avoided her earliest exit since 2011, she will look for a more comfortable progression next time out against Agnieszka Radwanska.

Pliskova was also tested as she edged out Ekaterina Makarova 7-5 7-5 to remain on course for a quarter-final meeting with Halep. German star Kerber is a potential last-four opponent for the pair, meanwhile, after a routine 6-2 6-2 defeat of Johanna Larsson.

Not every seeded player made it through, though, with Garcia comprehensively beaten 6-3 6-1 by Alison Riske, while fellow qualifier Monica Niculescu saw off Magdalena Rybarikova. US Open champion Sloane Stephens, however, was too good for Ajla Tomljanovic 6-1 6-1.

A hamstring problem forced Keys to retire when the 14th-seeded American was trailing Azarenka 7-6 (7-5) 2-0 on Thursday. US Open finalist Keys called for the trainer between sets but she was unable to continue after falling behind a break against the Belarusian star. Azarenka will face 20th seed Anastasija Sevastova in the third round.

A new tennis superstar arrives - who is Naomi Osaka?