Italy to name new coach in May, Costacurta confirms 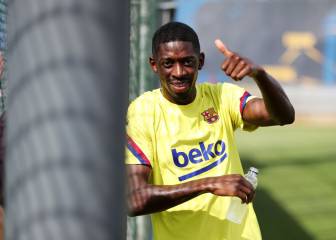 Italy to name new coach in May, Costacurta confirms

Alessandro Costacurta has confirmed the new permanent coach of the Italian national team will be named on May 20.

Luigi Di Biagio remains a frontrunner to be named the new Italy coach on a permanent basis, according to the Italian Football Federation (FIGC) vice-commissioner Alessandro Costacurta, who says the decision will be finalised in May.

Under-21 coach Di Biagio was appointed on an interim basis following the sacking of Gian Piero Ventura after the Azzurri failed to reach the World Cup for the first time since 1958, losing a play-off against Sweden in November.

Costacurta has mentioned many potential candidates, the former Italy defender previously appearing to indicate Chelsea coach Antonio Conte was the top target for the FIGC.

Sevilla's Vincenzo Montella has confirmed his interest, with Carlo Ancelotti and Zenit coach Roberto Mancini among the other names reported to be in the frame.

Costacurta has also previously suggested Juventus boss Massimiliano Allegri and his Napoli counterpart Maurizio Sarri were of interest to the FIGC, but says Di Biagio's chances were not harmed despite a 2-0 friendly loss to Argentina in his first game in charge on Friday.

"We will tell you the name of the new coach on May 20," Costacurta said at a media conference on Saturday.

Banega and Lanzini goals settled it in the second half. #Insigne, #Immobile and #Pellegrini went closest for the #Azzurri. #VivoAzzurro pic.twitter.com/gsVfxRAiXt

"If we have the opportunity to get someone better than Di Biagio - and I don't think there are many - then we will.

"I think it's more important to think about the players we have, because I doubt Jose Mourinho or Pep Guardiola would have done better yesterday."

Costacurta indicated that even if Di Biagio is not given the job on a permanent basis, there will still be a role for the 46-year-old.

"Di Biagio is a coach who has improved year by year, climbing the ranks within the federation," he said.

"Gigi is very talented. I have been watching him closely and can confirm those within the federation see the situation the same way I do."

Italy face England at Wembley on Tuesday and have June friendlies lined up against France and Netherlands.