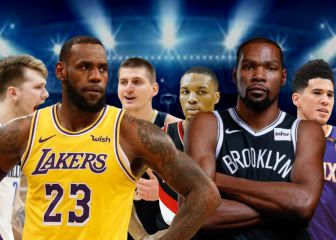 Venus Williams and defending champion Johanna Konta were among the winners on conclusion of Day 5 at the Miami Open.

Caroline Wozniacki bowed out of the Miami Open on Friday, while Venus Williams and Johanna Konta were largely untroubled in the second round. The second seed and last year's runner-up, Wozniacki was stunned by Monica Puig. Wozniacki was one of seven seeds to fall at the WTA Premier event, but Williams and Konta were not among them.

Wozniacki was in early control against Puig, only to fall to a 0-6 6-4 6-4 defeat against the Puerto Rican. Puig steadied after a poor opening set, needing just under two hours to claim her second win in five meetings with Wozniacki. Awaiting Puig is Maria Sakkari, who caused one of the day's upsets by beating 28th seed Anett Kontaveit 6-4 6-1.

Williams is a three-time champion in Miami and the American veteran was too strong for Natalia Vikhlyantseva, winning her tie 7-5 6-4. The last of Williams' titles at the tournament came in 2001, but the seven-time grand slam champion has enjoyed a solid start to the year. Konta started her title defence in convincing fashion, cruising past Kirsten Flipkens 6-4 6-3.

Petra Kvitova was tested before getting past Aryna Sabalenka 7-5 3-6 6-3 in their second-round clash. Elina Svitolina ended Indian Wells champion Naomi Osaka's eight-match winning run with a comfortable 6-4 6-2 victory. The seeds to fall on Friday, along with Wozniacki and Kontaveit, were Zhang Shuai, Daria Kasatkina, Kristina Mladenovic, Coco Vandeweghe and Elena Vesnina.

The last time @MonicaAce93 defeated a World No.2, she struck gold!

The Puerto Rican felt the home support to reach her first @MiamiOpen third round--> https://t.co/aFOpm9YYV0 pic.twitter.com/BmlDFsClnL