Muguruza cruises in Monterrey as Kasatkina dances in Charleston 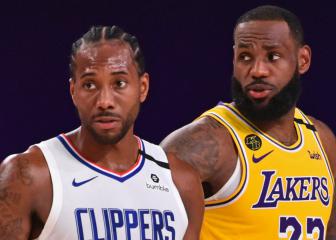 Muguruza cruises in Monterrey as Kasatkina dances in Charleston

The world number three was a class above local wildcard Renata Zarazua 6-1 6-1 while the defending champion went through in South Carolina.

Top seed and Wimbledon champion Garbiñe Muguruza cruised into the second round of the Monterrey Open, while Daria Kasatkina kicked off her title defence in Charleston.

Muguruza was a class above as she saw off local wildcard Renata Zarazua 6-1 6-1 on the Mexican hard courts on Tuesday.

Beaten by eventual champion Sloane Stephens in the last 16 at the Miami Open, Spaniard Muguruza returned to winning ways in just over 45 minutes.

"I'm very happy because this is my third time in Monterrey, and in the previous years I didn't play very well so finally now I could win a match," said Muguruza, who will meet Alison Riske in the next round.

"It was different playing a local girl, a young star, but I'm excited to play new people. I just concentrate and try to do my job the best I can."

Kasatkina – the third seed – needed more than two hours to prevail, reeling off six-game streaks to win both the first and final set against the American.

Awaiting the Russian number one and Indian Wells runner-up is either Irina-Camelia Begu or Claire Liu.

Eugenie Bouchard's woeful year continued – the 2014 Wimbledon finalist beaten 6-4 6-4 by Sara Errani in the first round.