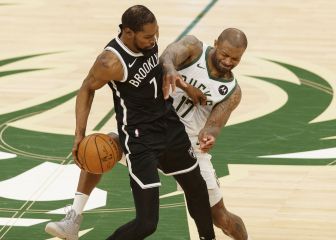 Jordan Spieth almost pulled off the unthinkable at the Masters and Rickie Fowler charged, but the green jacket belongs to Patrick Reed.

Patrick Reed held his nerve to clinch the Masters in the face of one of the greatest final rounds in major history from Jordan Spieth and a Rickie Fowler charge on an exhilarating final day at Augusta.

Reed, who had led after rounds two and three, carded a gutsy one-under-par 71 to secure his maiden major title with a score of 15 under, finishing one clear of Fowler and two ahead of Spieth.

The champion showed impressive character to prevail after a heroic performance from Spieth, who was one stroke short of tying the Augusta low-score of 63 due to a bogey at the last.

Speith so close to remarkable comeback

Nine shots back at the start of the day, Spieth came close to pulling off the biggest final-round comeback in the tournament's history, reaching nine under for the day through 15 holes in his quest for a second green jacket.

Fowler, who has top-five finishes at all four major tournaments, again went agonisingly close to breaking his major duck, playing the final 10 holes in six under par and birdieing the last for a 67 that left Reed needing a par to win.

But ultimately it was Reed's day at Augusta as the 27-year-old claimed a richly deserved victory to join the pantheon of golfing greats to win a green jacket.

Rory McIlroy had started the day as Reed's nearest challenger, three strokes back, but the Northern Irishman struggled with the putter throughout and limped to a two-over 74 to finish six strokes back in a tie for fifth with Bubba Watson, Henrik Stenson and Cameron Smith, two behind the fourth-placed Jon Rahm.

Reed appeared understandably nervy at times on the front nine, registering bogeys at the first and sixth, although gains at three and seven ensured he stayed out in front.

As McIlroy faltered, Spieth surged into contention with an outward nine of 31, before birdieing the 12th - the scene of his infamous Masters meltdown in 2016 - to gain more ground.

With his putter running hot, Spieth went on to pick up further shots at 13 and 15, while Reed responded superbly to a bogey at 11 by rolling in a 22-foot putt for a two at the 12th.

Yet more drama followed as Spieth holed an even bigger putt at 16 to tie the lead for the first time, the course record of 63 looking well within his grasp.

However, he then clipped the trees with his tee shot at 18 - after Reed had birdied 14 to reclaim sole possession of first place - and a bogey ended Spieth's hopes of completing the most remarkable of comebacks.

Fowler came up on the fence with four birdies in the last seven holes, his approach to within seven feet at the last and subsequent successful putt bringing about the potential of a play-off if Reed bogeyed 18.

But for one last time, Reed played four flawless golf shots - hitting the fairway and green before two-putting to secure his triumph.

The classy Fowler waited to congratulate his Ryder Cup team-mate as he walked off the 18th green, providing a graceful end to a spectacular tournament.