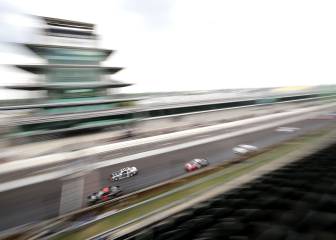 Five boxers and three weightlifters representing Cameroon at the Commonwealth Games in Australia have gone missing from the athletes’ village.

Commonwealth Games organizers have urged athletes in Australia to respect the terms of their visas, as eight members of the Cameroon team have been reported missing. Five boxers and three weightlifters – representing a third of the Cameroon team – disappeared from the athletes’ village at Griffith University on Wednesday, the Cameroon delegation declared.

“The Cameroon Commonwealth Games Team is sad to announce that eight of the 24 athletes they took to the 21st Commonwealth Games in Gold Coast – Australia are missing from their respective rooms in the Games village,” the team said in a statement.

The accreditation given to athletes for the Commonwealth Games acts as a short-term visa to the host country.

According to the 2018 Games’ organizing committee chairman Peter Beattie, they had worked hard with the Australian authorities on the entry system and had encouraged the 6,000 visiting athletes and officials not to breach the terms of their visas.

"I would simply say enjoy Australia while you are here, this includes Cameroon and any other athletes, stay within the law and be mindful of the fact that there is a system in place in this country," Beattie told a news conference on Wednesday. "We would appreciate them sticking within the law, enjoying themselves, but sticking within the law. If they are thinking of doing anything other, I would encourage them not to do it".

The Cameroonians failing to appear in their events saddened Commonwealth Games Federation chief David Grevemberg. "I think it's disappointing that athletes that have come didn't compete as they were scheduled to compete," he told Reuters. "(But) I think it's important to remember that these athletes are guests and within their visas they have the right to travel freely, but this is obviously an issue that Team Cameroon is monitoring very closely."

Eight Cameroon athletes, a third of the total 24 team members, have gone missing while attending the Commonwealth Games in Australia, says the Cameroon team pic.twitter.com/LXsReovrVk

Happens at every Games

Peter Beattie said that it is a common thing for athletes to disappear at events like this one. “It happens at every Games and it’s not a surprise,” Beattie added. “There are mechanisms in place and they haven’t breached their visas. If there is a breach then Peter Dutton and his department will deal with it. I don’t want to be too blase about it but there are mechanisms to deal with it and it will be dealt with in the right way by that department. We’re organizing a sporting event, if there are breaches of visas, they will deal with it.”

After the 2000 Sydney Olympics, more than 100 athletes overstayed, while during the London 2012 Olympics, seven athletes left the village.