Koke: I would give Oblak a blank cheque to stay at Atlético 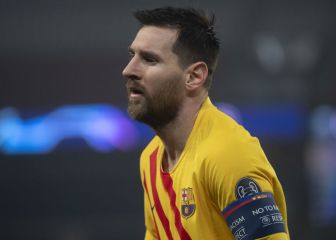 Barça into their stride early

Koke: I would give Oblak a blank cheque to stay at Atlético

The Spain midfielder was full of praise for team-mate and goalkeeper, who was in the thick of the action against Sporting CP.

Koke said he would give Jan Oblak a blank cheque to ensure he remains at Atlético Madrid after lauding the goalkeeper's performance in the Europa League.

LaLiga outfit Atletico reached the semi-finals 2-1 on aggregate, despite Thursday's 1-0 loss at Sporting CP in Lisbon.

Oblak was in the thick of the action, producing a world-class save to stop Sebastian Coates and he denied Bryan Ruiz twice, though he was at fault for Fredy Montero's winner.

However, Atlético midfielder Koke was full of praise for the Slovenia international, who has been linked with Liverpool and Paris Saint-Germain previously.

"Jan has us used to matches like that, with high-level games," Koke told beIN SPORTS. "I hope he stays that way until the end of the season. I would give Oblak a blank cheque."

On the match itself, Koke added: "We had difficulties because the opponent played a great game, especially in the first half, but we are happy with the qualification for the semi-finals.

"It is not easy, we have seen this week in the Champions League and we are in the semi-finals, which was the goal."