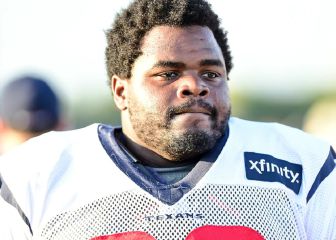 Mercedes team chairman Niki Lauda is confident that Lewis Hamilton will sign a new contract with the team.

Lewis Hamilton has agreed in principle to sign a contract extension at Mercedes, according to team chairman Niki Lauda. Formula One champion Hamilton's current deal expires at the end of the season, but he told the media earlier this month that he "will not be rushed" on a renewal. However, Lauda has now revealed that talks are progressing well and expects a formal agreement to be made once the final details are ironed out.

Money not an issue

"It's just about the details," the Mercedes man told Auto Motor und Sport. "Lewis will continue to drive for us. Depending on the mood, [the contract] is sometimes more or less expensive - it always depends on how the last race went. But the money is not a problem. We agree in principle."

Hamilton has endured a difficult start to the season as he waits on his first win after three races, finishing second, third and then fourth.

Lots of learnings from this weekend. I am so grateful to the fans for their incredible support out here, #TeamLHChina , thank you so much . The full focus is now on Baku and to push for the top result there. @MercedesAMGF1 pic.twitter.com/RAZowf3A5b

Hamilton loses edge when things are not perfect - Rosberg

Time for Verstappen to show maturity after Shanghai shocker