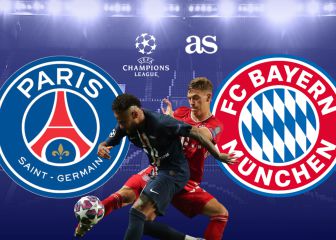 HT: Neymar and Mbappé sparkling but Bayern lead on the night

Paris Saint-Germain skipper Thiago Silva, 33, is planning his exit from the French giants in 2020.

Thiago Silva said he will leave Ligue 1 champions Paris Saint-Germain once his contract expires as the captain lamented constant criticism in the French capital.

Brazilian defender Silva is contracted until 2020, having arrived from Serie A outfit AC Milan in 2012 for a reported fee of €42million.

The 33-year-old has helped PSG to 16 titles during his time in Paris, including five Ligue 1 trophies and as many Coupe de la Ligue crowns.

However, Silva is already planning his PSG exit amid criticism over his leadership.

"It is impossible not to hear some of the criticism," Silva told Le Foot Paris. "However, no newspaper, nor journalist, is going to tell me who I am. I know who I am. Because of this, I continue as I always have done.

"I respect all opinions, but when you are attacked personally, it starts to get hard. I am especially sad when it impacts my family and my loved ones. However, when you wear the PSG shirt, you always have a responsibility."

"I must continue to work hard to help my team-mates," Silva said. "Competition always exists in football.

"All things said, I am 33. I have two years left on my contract and after that, I will hand over to somebody else."

Silva and PSG are on track to claim the domestic treble after reaching the Coupe de France final on Wednesday, having already clinched Ligue 1 and Coupe de la Ligue glory.

Emery: "I believe in the PSG project, with or without me"

"Neymar can't play in the same team as Messi or Cristiano"