Henderson: Injured fan's recovery is the only result that matters 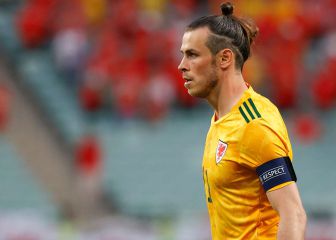 Henderson: Injured fan's recovery is the only result that matters

Liverpool captain Jordan Henderson has sent a message from the team to a fan who was injured in a violent altercation outside Anfield.

Jordan Henderson and the Liverpool team have sent their support to the Reds fan left in critical condition after clashes outside Anfield on Tuesday.

Violence between supporters ahead of Liverpool's Champions League semi-final first-leg clash with Roma left a 53-year-old in hospital with a head injury.

Merseyside Police made two arrests in connection with the incident, with UEFA and both clubs condemning the altercations.

Captain Henderson set aside the Reds' 5-2 win over the Italian side, hoping that the injured man would be able to return home to his family.

"The thoughts and prayers of all the players are with the Liverpool fan who is currently very poorly in hospital, after being badly hurt ahead of our game last night," he said, in a message posted on Twitter.

"He came to watch a football match and support our team - the only result that matters to us now is that he recovers and can return home to be with his family and loved ones.

Merseyside Police confirmed nine men were arrested for various offences before and after the match.