Kimmich: Bayern should have beaten Madrid 7-2

Kimmich: Bayern should have beaten Madrid 7-2

Real Madrid escaped the Allianz Arena with a 2-1 win over Bayern Munich and Joshua Kimmich thinks it should have been a different story.

Kimmich gave Bayern a deserved lead at the Allianz Arena and Jupp Heynckes' men passed up opportunities to extend their advantage before Marcelo levelled in the 44th minute.

The hosts remained in the ascendancy, but a dreadful error from Rafinha let in substitute Marco Asensio to score before the hour and handed the reigning European champions a significant advantage heading into next week's second leg in the Spanish capital.

"Nobody could have moaned if we won this match 5-2," said Sule, who replaced Jerome Boateng during the first half after his fellow Germany international suffered an apparent hamstring injury. "I think I never saw Real Madrid this weak in a match in Munich."

Asked what he thought of Sule's outlook, Kimmich replied: "I'd go with 7-2."

Full-back Kimmich turned in a fine individual performance and he insisted his goal was down to some pre-match home work – not a lucky mishit as was claimed in some quarters.

"I knew that [Keylor] Navas is a goalkeeper who likes to speculate in these situations," the 23-year-old explained. I thought about it ahead of the match and knew what I was going to do in a position like that. So, yes, that was on purpose." 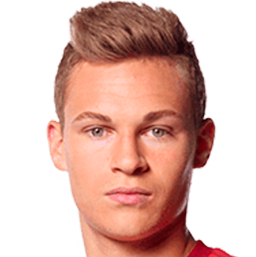