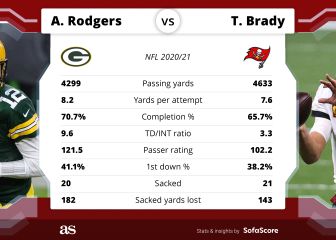 After keeping his promise to do his press conference naked, Mark Williams joked he would cartwheel nude if he won next year's tournament.

Mark Williams honoured his vow to turn up to his post-match media conference naked following his victory at the World Snooker Championship and promised cartwheels if he repeats the feat next year.

Williams, 43, held off a sensational fightback from John Higgins to win 18-16, becoming the oldest man in 40 years to win the tournament.

The Welshman had vowed earlier in the week to face the media with no clothes on should he claim his third Crucible crown and his first for 15 years.

Williams declared himself "a man of my word" as he strode into the media centre wearing only a towel – under orders to cover his modesty by World Snooker boss Barry Hearn.

The victory follows Williams' failure to qualify for the event in 2017 and his decision to resist thoughts of retirement.

"It's an unbelievable story really," the nude champion told reporters. "Twelve months ago I was thinking about chucking it, but here I am doing an interview having just won the 2018 World Championship... bollock naked.

"If I never win another tournament or my form goes downhill, I don't care because I've just done something I thought I'd never ever do.

"I'm just looking forward to coming back here [next year]. I'm going to keep my mouth shut, not say anything stupid and end up like this.

"To be honest, if I won this next year, I'd do it again. I'd cartwheel around here naked next year."

For those wondering, Mark Williams kept his promise to turn up naked.

Apart from a towel. Under orders from Barry Hearn. @OmnisportNews pic.twitter.com/RfG8ayW8rw

Asked how he would celebrate, Williams – who tweeted from a kebab shop at 2am on the morning of the opening session – said: "Last time I won it I think I had half a pint of milk and went to bed.

"I'm not going to bed this time. It's going to be daylight before I get to bed today.

"A doner kebab meat and chips tonight will do me at about five in the morning... drunk as a skunk."

#puttoftheyear: the most elaborate trick shot ever?

Snooker trick shots in the temple of the gods: The Crucible