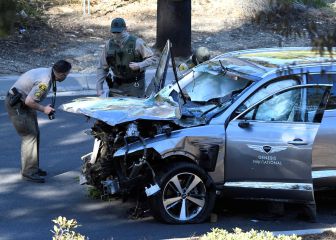 An off-colour and potentially injured Simona Halep had no answer to Elina Svitolina in the Internazionali d'Italia final.

Elina Svitolina defended her Internazionali d'Italia title with a comprehensive 6-0 6-4 beating of Simona Halep, whose fitness ahead of the French Open may be cast in doubt after she needed a medical timeout.

A year ago Svitolina needed three sets to get the better of Halep in the Rome showpiece, but it was a much more dominant victory against the world number one in the Eternal City on this occasion.

Svitolina was aggressive from the baseline and flawless at the net, while an uncharacteristically off-colour Halep - who had recovered to beat Maria Sharapova in the last four - was partly the architect of her own downfall with 21 unforced errors.

The Romanian, who will head to Roland Garros as top seed regardless of this defeat, will also face concern over the fact she required treatment for what appeared to be pain in her left hip.

Defeats Simona Halep 6-0, 6-4 for her third title win of the season! pic.twitter.com/OY2Gy7zJ91

Svitolina becomes 10th woman to win more than once in Rome

But nothing should be taken from Svitolina, who becomes the 10th multiple-time female champion in Rome, and racked up an eighth straight victory in a WTA Tour final.

Halep was out of sorts from the off and a poorly executed drop shot allowed Svitolina to put away the easy break point.

It soon became a double-break lead courtesy of a stunning forehand winner, and the writing was truly on the wall when an exquisite drop shot brought up 5-0.

There was more aggression about Halep's play early in the second, but Svitolina's level did not wane.

The Ukrainian won a phenomenal point in game three, a terrific defensive lob putting Halep on the back foot having seemingly won the rally, setting her up for a break point that the Romanian put wide to give Svitolina the second-set advantage.

Shortly after Halep had to leave court after complaining of pain down her left side.

Upon resumption, Halep saved three break points in game seven and generally made more a fist of the contest.

But Svitolina remained in control and comfortably saw out the victory to improve to 12-2 in WTA finals.

A moment waited for 1⃣2⃣ months: @ElinaSvitolina adds another 🏆 to her collection! #ibi18 #tennis #WTA pic.twitter.com/q8gmVzTCs6

Nadal beats Djokovic to set up Rome final and shot at No. 1