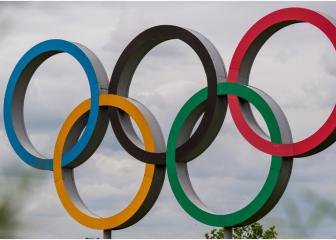 IOC, Japan deny Olympics set to be called off again

The Warriors suffered a heavy postseason defeat to the Rockets, but Draymond Green feels it will bring out the best in his side.

Draymond Green thinks the Golden State Warriors will have more than just home court advantage in game three against the Houston Rockets.

After falling in a blowout 127-105 loss in game two of the Western Conference finals on Wednesday, the Warriors forward expects his side to play even better due to a change in their mentality.

"I think we're at our best when we feel threatened," Green said after practice on Saturday, via ESPN.

"Game one, we felt threatened, we came out with a sense of urgency.

"Game two we didn't feel as threatened, and the sense of urgency wasn't there. I think you're allowed one of those a series. We've had our one, and now it's time to lock in for the rest of the series."

Thompsons agree with Green over urgency

Green's Warriors team-mate Klay Thompson echoed his thoughts and elaborated on what makes the team so tough when the pressure is on.

"You add in our shooting and our talent, that's a great combination right there."

Golden State enter with another advantage, as the team is undefeated (15-0) at home in the postseason since the 2016 NBA Finals.

The Warriors will look to take the series lead when they host the Rockets later on Sunday.