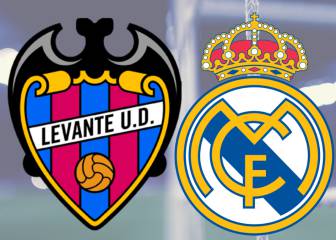 Ahead of the Champions League final, Real Madrid defender Nacho Fernández says team-mate Cristiano Ronaldo is already on a par with the great Alfredo Di Stefano.

Cristiano Ronaldo is already a Real Madrid legend who should be considered an equal of the great Alfredo Di Stéfano, says team-mate Nacho Fernández.

Ronaldo and Madrid will seek to win the Champions League for the third year in a row when they face Premier League side Liverpool in Kiev on Saturday.

The five-time Ballon d'Or winner has already collected four Champions League titles, one of which was clinched at former club Manchester United.

And Nacho believes Ronaldo deserves to be thought of on a par with Di Stéfano, whose goals fired Madrid to five European Cup crowns in a row.

"I do believe that Cristiano can already be equated with Di Stéfano," Nacho told Goal. "Ronaldo is a legend, he is a spectacular player, with all the Ballons d'Or he's won. When the years go by surely people will value these things even more.

"When I leave football and dedicate myself to something else, I will look back and say, 'Oh my God, I got everything I wanted.' We are very excited to continue making history, we are facing a wonderful challenge and we arrive in the best possible shape.

"I've watched Liverpool a lot this year. The key is to concentrate for the whole game against players as fast as those who Liverpool have in the front line, to live every minute of the final with maximum intensity, because you can be hurt at any time."

Some pundits have suggested Liverpool go into the final as the clear underdogs, but Spain international Nacho denies that will be the case.

"It's going to be a very complicated match." Nacho said. "When the ball starts rolling, there are no favourites.

"The game can change from one moment to the next and Liverpool have shown that, if you see what they have achieved on their road to the final, it is spectacular: the goals they have scored, how they have defended. They are a big club, who also have a great history, and it's going to make things difficult for us."

A run of five goals in his last four LaLiga appearances has made Gareth Bale's case for a place in Madrid's starting line-up for the final, with Nacho indicating speculation over the Wales international's future should stop.

"I think he's an extraordinary player," Nacho added. "He is also facing the possibility of winning four Champions Leagues in five years.

"I understand that in football everything is discussed and the best, the worst are classified... But I am sure that if Bale were in another team, Real Madrid would like to sign him."

Sevilla have one million reasons to support Liverpool on Saturday