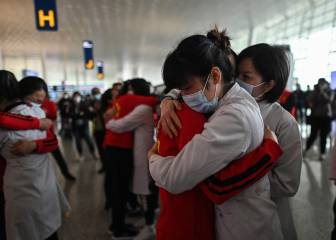 One of cricket’s all-time greats steps aside as AB de Villiers announces retirement from international cricket after 'tough decision'.

The 34-year-old titanic batsman announced his decision via a video message on Twitter on Wednesday.

‘I have decided to retire from all international cricket with immediate effect,’ he said. ‘After 114 Test matches, 228 ODIs and 78 T20 Internationals, it is time for others to take over. I have had my turn, and to be honest, I am tired.’

Between January 2016 and December 2017, he took a sabbatical from Test cricket, stating a combination of fitness and personal concerns as the reason.

He returned as captain in late 2017 in a four-day Test against Zimbabwe. However, heartening wins over India and Australia in which he played a key role left him ‘drained out’.

‘This is a tough decision. I've thought long and hard about it and I'd like to retire still playing decent cricket. After the fantastic series wins against India and Australia, now feels like the right time to step aside,’ de Villiers stated.

‘It would not be right for me to pick and choose where, when and in what format I play for the Proteas.

‘For me, in green and gold, it must be everything or nothing.’

De Villiers added that he has no plans of playing overseas and hopes to continue being available for domestic cricket in South Africa.

His final appearance for the Proteas came in Johannesburg, beating Australia by 492 runs and clinching a 3-1 series.

The ace made his Test debut in 2004 as wicket-keeper/batsman at Port Elizabeth in a seven-wicket loss to England, scoring 28 and 14 while opening the batting.

‘AB is one of the all-time greats of South African cricket who has thrilled spectators around the world,’ Cricket South Africa president Chris Nenzani declared.

‘It goes without saying that he is going to be greatly missed wherever international cricket is played.’