NFL stars must stand for national anthem if on field 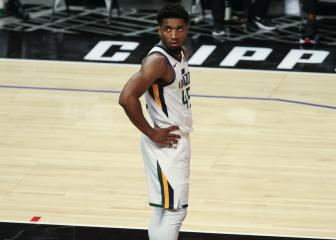 NFL stars must stand for national anthem if on field

NFL teams will be fined if players "do not stand and show respect for the flag and the anthem", but they can remain in the locker room.

NFL players who kneel on the field during the United States national anthem, rather than standing or staying in the locker rooms, will earn a team fine, the league has announced.

After months of controversy surrounding taking a knee during the anthem in protest at social inequality, drawing criticism from US president Donald Trump, the NFL has introduced a new policy.

Players will be allowed to remain in the locker room while the anthem plays, but teams will be fined if personnel on the field "do not stand and show respect for the flag and the anthem".

NFL commissioner Roger Goodell said in a statement: "It was unfortunate that on-field protests created a false perception among many that thousands of NFL players were unpatriotic. This is not and was never the case.

"This season, all league and team personnel shall stand and show respect for the flag and the anthem. Personnel who choose not to stand for the anthem may stay in the locker room until after the anthem has been performed.

"We believe this decision will keep our focus on the game and the extraordinary athletes who play it - and on our fans who enjoy it."

The NFL Players Association (NFLPA) said shortly after the announcement that its members were not consulted about the changes and the body would review the new policy and "challenge any aspect of it that is inconsistent with the collective bargaining agreement".

The NFLPA also claimed the move contradicts statements Goodell and New York Giants owner John Mara had made to union leadership "about the principles, values and patriotism of our league".

The NFL and owners face grievances from Colin Kaepernick and Eric Reid, both of whom claim they have been blacklisted due to their decisions to kneel during the anthem.