Arthur will not join Barcelona before December, Gremio insist 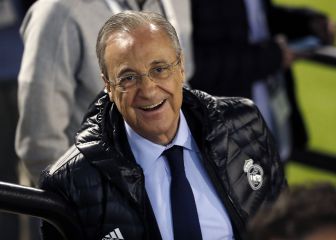 Arthur will not join Barcelona before December, Gremio insist

Gremio appear determined not to lose Arthur to Barcelona until their Brasileirao and Copa Libertadores campaigns end in December.

Arthur will not be allowed to join Barcelona until the end of the Brazilian season, Gremio president Romildo Bolzan Junior has said.

The Catalans reached an agreement over a purchase option for the player in March this year, allowing them to sign him for a fee that could reach €39million.

It was expected Barca would wait until January 2019 to bring the midfielder to Camp Nou but there are claims they will speed up his move due to the departure of Andres Iniesta to Vissel Kobe.

"He's a footballer for whom we have a purchase option and, when the coaches believe he should come, we will execute this option," president Josep Maria Bartomeu said this week.

However, his Gremio counterpart has insisted they will not part with Arthur until at least December, when their Brasileirao and Copa Libertadores campaigns come to an end.

"There's no chance that Arthur leaves the club in the coming months because it's already written down, there's a contract signed and that is not a possibility," he said, as quoted by Sport.

"Barcelona have never brought to the table any interest in signing Arthur halfway through the [Brazilian] season.

"The only right that Barca have is an option to buy him, in which case they must do the transaction before July 15."

19 European clubs never to have been relegated from top flight

Most games for FC Barcelona: the top 30 players