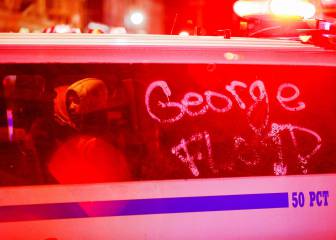 Omnisport spoke to Dr Tim Bennett, a biomechanics expert, to dig into the science behind Rafael Nadal's clay-court dominance.

Rafael Nadal has fully earned his 'King of Clay' tag, but why is he so dominant on the red dirt? An astonishing 56 of his 78 career titles have come on the surface, including 11 in each of Monte Carlo and Barcelona – a tally he will be hoping to match by defending his French Open crown over the coming fortnight.

Nadal has lost just 36 of his 444 ATP matches on clay and this month set an Open Era record for the most successive sets won on a single surface, surpassing John McEnroe's 49 on carpet with 50 on clay. It is an unprecedented level of supremacy. To get a better understanding of how Nadal has been able to make clay courts his sole dominion Omnisport spoke to Dr Tim Bennett, a senior lecturer in Sport and Exercise Biomechanics at Leeds Beckett University.

So what is biomechanics?

Biomechanics gives us an insight into how the human body moves and it can relate to factors like forces. We can also look at what's known as kinematic parameters - how the body moves and how we can quantify that, looking at things like angles and velocities and what that means to a performer.

Why is Nadal so successful on clay?

Typically clay is the slower surface so when the ball bounces on the surface it tends to bounce higher. It comes off the surface with a higher angle and it also has a little bit more drag in the ball and this is the kind of the framework which facilitates Nadal's success.

How does a higher bounce and slower court help him?

The main strength of Nadal's forehand is the amount of top spin he can generate and a lot of that comes from his own unique technique, the way he performs that forehand shot. So where some players almost have more of a horizontal technique with their forehand, Nadal goes from low to high and generates that top spin and what that does is two things: one, it enables the ball to travel over the net at a high distance which reduces the chance of hitting the ball into the net and having an error, and also the top spin essentially facilitates the drop of the ball. Again, it's just another way of reducing the margin for error and increasing the likelihood that he can get the ball back and make the opponent play another shot.

And why do others struggle?

Because it's a harder surface the ball is going to bounce up higher, which, if you're looking at someone like Roger Federer and you're hitting it to their backhand, essentially it puts the opponent in quite an awkward position. Where they'd normally hit it in a lower comfort zone, they have to reach that little bit higher which makes it difficult to not only control the ball, but also to generate the power to put your opponent at a disadvantage. When you've got a big server like a John Isner or an Ivo Karlovic, or someone like Federer, who is very precise, [on other surfaces] you tend to see more of a one-two punch combination where a good serve will put you in a strong position to then hit a winning stroke. Whereas with the clay, the surface essentially slows down the rallies. So the players who have stronger power games, that's negated and plays into the hands of someone like Nadal, who's more comfortable hitting longer rallies.

Why isn't it the same for Nadal on other surfaces?

If you take a surface like grass where the ball is going to bounce a little bit lower, with Nadal's technique, because he is starting in a lower position, it means he's got less to work with to generate that horizontal force to gain speed across the court, but also to generate that upward velocity as well which is going to facilitate that top spin. Hard courts are quicker, which means there's less time to get in position, get the right foot position and then have that optimal technique. So the combination of the high bounce and the slow surface does cater itself towards Nadal's forehand technique.

Why is his backhand so strong on clay?

We're looking at similar biomechanical principles in the backhand as we've seen in the forehand so everything starts off in the legs and we certainly see the flexion and the force generation that take place in the feet prior to contact with the ball itself. Again, we see a proximal to distal sequencing throughout the kinetic chain, and Nadal has a very powerful backhand, he gets a good range of motion so we see what's known as a stretch-shortening cycle, so if you imagine the line created from the shoulders and the hips, what we tend to see is a lot of rotation in the shoulders, the arms are extended, and also Nadal's right hand is his dominant hand in some respects, it's the hand he writes with, so he can generate a lot of force from both to then control and direct the ball in a specific avenue of direction. He has a very good co-ordination pattern which generates from the foot itself. What we tend to see is he also keeps his arms quite close to the ball before release and what that does is it facilitates angular velocity, which can then be translated into this linear speed in the ball which is so important. And typically we see with double-handed backhands it helps control the movement as well, so the accuracy you see with a double-handed backhand in some instances can be more precise than a single-handed backhand, just simply because of the more contained action in the movement itself. So although we focus on Nadal's forehand as his main weapon, his backhand is arguably more of a defensive stroke but it's certainly a powerful offensive weapon as well.

How do you stop him?

There's two strategies. One is you try and play through him, hit the ball as hard as possible, which is obviously very high risk and if you're in a purple patch the chances are you could potentially get him maybe over a best of three sets. In a grand slam we can see it's very, very difficult. An alternative to the power play is precision, efficiency and almost trying to play Nadal at his own game. So hitting the corners, making him work hard as well and as we've seen in the past very few players have been able to do that. Perhaps the exception is someone like Novak Djokovic, where he can play that quite attritional game - very precise, forces the player to make the mistake.

So who plays in a way that can seriously challenge Nadal?

One is Novak Djokovic for obvious reasons. We've seen this year Dominic Thiem has a win over Nadal [on clay] so he's obviously got the potential to do that, whether he can do that over five sets is another matter. And the rising star in tennis at the moment is Alexander Zverev, who is 21 years of age. He's a tall, rangy player but he's very technically gifted and he pushed Nadal recently at the Rome Masters. We saw an indication there that we have a player who has a game who can challenge Nadal. With his extra height he can almost negate and take advantage of that higher bounce in Nadal's forehand and backhand side and that can actually play more into his natural hitting spot.

How long can he maintain this dominance?

Obviously time waits for no person and inevitably there will be that decline, whether it occurs this season at the French Open we're not too sure, but perhaps we will see this transition over the next year or two where the young players are coming up and getting stronger. But certainly the way his game is and as we've talked about the slower surface of clay, I can't see any reason why we would see any type of drop off in Nadal's performance over the next year or two.