France have 'everything' needed to win World Cup, claims Trezeguet 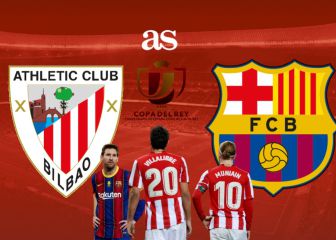 France have 'everything' needed to win World Cup, claims Trezeguet

David Trezeguet believes France can win the World Cup in Russia as the current side have "everything" required.

David Trezeguet believes France have "everything" required to win the World Cup for a second time this year.

Former forward Trezeguet was in the France squad when they lifted the trophy on home soil in 1998, before featuring again in a run to the final eight years later.

Despite disappointment in more recent tournaments, the ex-Juventus man is confident that the current France squad, led by coach Didier Deschamps, can triumph at Russia 2018.

"I think they have the level [to win the tournament]. They have shown their strength," Trezeguet told Omnisport.

When a #WorldCup winner has a kickabout on the @TrophyTour @Trezegoldavid joined fans in Panama for the latest stop on the journey pic.twitter.com/VXYHZq1JdH

"Individually, it's a world-class team with a very experienced head coach, both as a coach and as a player. We have everything to see this through.

"Obviously it's a very difficult tournament and the other teams are also ambitious, but I think France have a say."

Just as Trezeguet featured alongside the likes of Thierry Henry, Christophe Dugarry and Nicolas Anelka, France again have a wealth of options in attack.

Antoine Griezmann, Olivier Giroud, Kylian Mbappe and Nabil Fekir have all been included in Deschamps' World Cup squad, but Trezeguet is confident his former captain will settle on a front line that will work.

"Deschamps has a lot of options," he said. "When you see the quality of the players, considering what they do with their clubs, it is obviously a difficult choice to make.

"I personally think that there are some interesting choices to make. He'll find the right players to start well at the World Cup."

Valbuena speaks out about his exile from the France national team