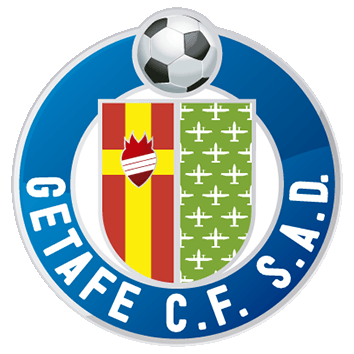 Lopetegui debuts in LaLiga against Getafe as clamour for signings gets louder at Real Madrid but the game at the Bernabéu could decide transfer policy.

Getafe managed to finish eighth last season with an average of 40 percent possession. Their worst game with regards to seeing the ball was against Barcelona when they had just 20 percent and still got a point from the game when it finished 0-0.

Only Atlético Madrid and Barcelona conceded less goals than Jose Bordalás' side last season, their first back in the Primera after a being relegated the year before from the top flight. It was the 53-year-old manager's first experience in the Primera having started his coaching career at 29.

A team with few bells and whistles, Getafe will travel to the Santiago Bernabéu for Julen Lopetegui's first game at the stadium. After suffering the double trauma of losing Zinedine Zidane and Cristiano Ronaldo, and after suffering defeat at the hands of Atlético Madrid in the Super Cup, Real Madrid need a win to settle nerves in the capital. The loss to Atlético has caused a clamour for signings and the outcome of the game on Sunday night could decide transfer market policy.

One notable signing was that of Thibaut Courtois, who could make his debut for Real Madrid on Sunday night. Part of the plan to mitigate the loss of Ronaldo is to drastically reduce the number of goals conceded. Real Madrid have not boasted the stingiest defence in LaLiga since 2008 and the preseason has not been a great indicator of any potential future success. Los Blancos conceded nine goals in five games during the summer. Navas didn't help his case on Wednesday in Tallinn and the goalkeeping debate is a very sensitive issue with Lopetegui remaining secretive over any potentials moves.

The bench that Lopetegui inherited does not offer any guarantees either. Varane's lack of a pre-season really showed against Atlético and Nacho might have been a better option in hindsight. There are also chances that Toni Kroos could play as the defensive midfielder to accommodate Isco, Modric and Asensio in the same team. Casemiro would likely pay the price for such a switch.

Against Getafe, who conceded four goals in seven in pre-season and were unbeaten, Bordalás will hardly change tact despite his summer signings - Nemanja Maksimovic and goalkeeper David Soria the recent additions. They will play with their usual eleven and with the efficient attack of Ángel Rodríguez and Jorge Molina.

For Real Madrid, there are two outcomes on Sunday night: either win or sign.

Marcelino: "If Madrid want Rodrigo, they must pay his buy-out"