Senegal vs Tunisia: AFCON 2019 semi-final, as it happened

A bizarre own goal in extra time handed Senegal a 1-0 victory over Tunisia in the drama-filled first of Sunday’s Africa Cup of Nations semi-finals, with a place against either Algeria or Nigeria in Friday’s final.

A horrific mistake by goalkeeper Moez Hassen in the 100th minute saw the ball bounce off the head of defender Dylan Bronn and into the net for the only goal of a game in which both teams had second-half penalties saved.

Hassen came flying off his goal-line to try to cut off a freekick from the right flank but completely missed the ball which then hit the unfortunate Bronn on the head. Senegal, who were runners-up 17 years ago, are seeking their first Cup of Nations title.

That's it! Senegal are through! Heatbreak for Tunisia.

Khazri takes... but it's cleared!

Tunisia have a free kick in a threatening position.

Three minutes to be added on.

Tunisia have two minutes to find an equaliser.

No penalty! After looking at the replay, the ref says it's accidental.

Wait hang on! Ref signals for VAR. It was a handball but it looked accidental.

Penalty Tunisia! For a handball.

Tunisia just need to throw the kitchen sink at this now... and a few more men up front. They have nothing more to lose.

And the second 15 of extra time is underway!

Badri comes on for Sassi (Tunisia)

Peep, peep! That's the end of the first period of extra time. Tunisia have 15 minutes to find an equaliser.

Tunisia have given away another own goal as they did against Ghana on Monday in the round of 16. Keeper Hassen came off his line to try to deal with a cross from a free kick on the right. But he couldn't hold it and the ball ricocheted off his defender Bronn and into the net. They're kicking themselves.

Tunisia break through Ellyes Skhiri, who passes to Ghilane Chaalali, but his shot from outside the box is high and wide to the right.

Senegal have a corner. They're really pushing for the winner.

Mané nutmegs a Tunisian defender down the left and squares a ball into the box. But Gueye just can't control it in time to get a shot off. Cleared by Tunisia.

Tunisia have a chance to deliver a ball into the box from a free kick but it's eventually cleared away by the Senegal defence.

Tunisia get first period of extra time underway. They're back were they were against Ghana on Monday.

Hassen getting attention as the clock winds down...

Tunisian corner ..comes to nothing as Senegal break and win a free-kick.

Diagne fires after wriggling through for Senegal but blazes over. Tempo still high despite the oppressive heat.

Into the final ten we go .... who has the desire to progress? Tunisia have been much better in this second half but it would be difficult to say that Senegal don't deserve to progress on the strength of the entire game.

Ben Mohammed off- Chaalali on

Madness here in Cairo...two penalty kicks ...both saved within the space of five minutes

The Everton player sees his kick saved too .... incredible stuff ...

another penalty... this time for Senegal as Sarr is upended

Sliti free (where was the Senegal right back?) but fires tamely at the keeper. There is a touch of anarchy in the game now with Tunisia lifted with the recent spot kick.

Sliti carded for a rash challenge

A very, very, very poor spot kick from the man in red. Senegal breathe a sigh of relief.

and the Zamalek man make a mess of his kick and Gomis saves....

The Napoli defender is carded. A rigorous call but ...

Penalty for Tunisia. Koulabily blocks with his arm.

Senegal applying more pressure at this point with Tunisia back on the defensive mode.

Sarr on - Diatta off for Senegal.

Khenissi breaks free into the Senegal box and trips over his own feet as Gomis recovers the ball. Danger for the men in green,

Change for Senegal: Niang off-Diagne on

Amazing pace to the game considering the extreme 30 plus degree temperature in the Egyptian capital Cairo.

Gassama appeals to the referee to stamp out the rash tackles claiming that he has been taken out by Sliti three times now.

Tackles flying in now from both sides and the first yellow of the night surely must be imminet.

Mane breaks into the ball but an immaculate intervention from Tunisia keeper  Hassen snatches the ball from the feet of the striker. Great save !

Tension as Diatta fouls Haddadi and a spot of pushing and shoving ensures. Still no cards issued by Mr. T. Weysea

Tunisia win a dangerous free kick after Kouyate fouls. Khazri takes .... good delivery which Niang heads away for a corner. All Tunisia now !

Giresse's side have emerged with a far more positive apporach ...now taking the game to Senegal.

Khenissi almost fires Tunisia ahead with a lobbed effort which clears the Senegal bar by inches. Best chance the night for the Eagles of Carthage.

Sliti on for Tunisia with Msakni making way

Algeria and Nigeria the other finalists.... An all North African final ? or a West of Africa tussle between Senegal and Nigeria on Friday ? All will be revealed tonight.

The teams make their way back onto the pitch ahead of the second half... 45' seperates both sides from a place in Friday's final.

The Lions of Teranga shoudl be ahead with Mane and Niang going close. Gomis in the Senegal goal has been a virtual spectator in the first 45' of action here in Cairo.

Half time summary.... Senegal good...Tunisia not !

Khazri is body charged and the ref waves play-on and then blows for the interval.

2 mins. of stoppage time to be added.

Tunisia have been highly disappointing tonight offering little in midfield and attack. One senses they'd sign up for a penalty shoot right now if it was offered. Seem to lack a touch of self velief.

The Nice keeper is okay and play resumes.

The goalkeeper seems to have taken an elbow to the face but totally accindental from Mane.

Into the final 5' we go. Senegal well on top here in Cairo and deserve to be ahead.

Mane again goes close fro Sengal. Does well to beat the keeper but loses his footing from an acute angle and fires wide. The Senegal goal coming closer one senses.

Niang shoots but fails to find the target with his twisting shot inside the box.

Giresse looking anxious on the touchline with Aliou Cisse certainly the happer of the coaches as we head twoards the interval.

Sabaly again from long range but the defender fails to get accuracy on his effort and it drifts wide.

Mane also looking sharp for the Lions of Teranga this evening and is all smiles as he wins his side a corner.

Niang is down but gets to his feet and play continues.

Koulibaly nearly connects on a free-kick but watches as the ball is agonisingly inches away from his boot.

Possession after half an hour.

Big call from Tunisia for a penalty as Khenissi is upended in the box. The ref. waves play on despite protests from the men in red. Repeats suggest that the call from the Ethiopian was the correct one.

Mane with a blockbuster which rockets off the Tunsian post. what an effort from the Liverpool striker. closest to a goal tonight.

Excellent defending from Kouyate as he robs the maurading Sassi

Apart from the first 10' when Senegal bossed the game, we've totally lost the flow of the action which would possibly suit the Tunisian side who seem to be happy to sit deep and soak up the Senegalese pressure.

Tunisa win a dangerous free-kick with Khazri to take ... Fine delivery with Koulibaly clearing. Best spell of pressure from the men in red.

We're back underway again but the last 5-8 mins have featured constant interruptions with little in terms of flowing play.

Another Senegal player down, this time it's Niang after a clash with a Tunisian defender.

Kouyate takes a knock and needs attention. Seems to have taken a knock to the shin.

Tunisia free-kick, comes to nothing with Ndiaye injured as play is briefly suspended as he gets to his feet....We're back underway and the Galatasaray player is fine to carry on.

Three draws in the group stage, a win over Ghana on penalties and a comfortable 3-0 quarter final victory over surprise package Madagascar has been the Tunisian route to the semi final.

Senegal all out attack and Tunisia with no option but to defend in numbers. Giresse's men yet to break into the opposotion half.

Sabaly has a long range effort but his volley was always heading high and over the bar.

Niang looking sharp for Senegal this evening as he almost steers a corner goal bound with a back heel effort.

Saddened to see so many empty seats at the ground. Couldn't CAF have offered special discounted prices for the footballing mad population of Cairo ?

Senegal looking sharper in the opening stages here in Cairo.

Early signs would suggest a majority of Tunisia fans in the stand of the June 30 Stadium here in Cairo.

Fingers crossed we are treated to a decent game tonight. The heavy conditions with the 37C temp. is sure to be a conditioning factor this evening.

Off we go in Cairo.

A reminder of the Senegal XI for late arrivals 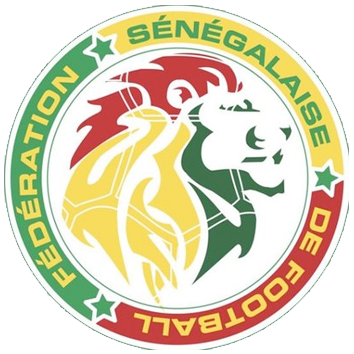 The sides are on the pitch as the national anthems of both competiing sides plays via the PA.

5' to go and the aspect at the 30 June Stadium is lamentable.... a semi-final of the most important competition in Africa and there are approximately 300 people in the main stand in front of the TV camera with swathes of empty seats.

At present, it would apear that the answer to this question is yes !

Tunisia will play their sixth Africa Cup of Nations semi-final. The Carthage Eagles have qualified for the final twice previously, against Zambia in 1996 and against Nigeria in 2004.

Tunisia manager Giresse who was head coach of Senegal between 2013 and 2015, will face his former team in tonight's semi-final of the African Cup of Nations.

All eyes will be on this man tonight with Senegalese hopes on Sadios Mane's presence in attack and goals.

The major betting houses seem to backing The Lions of Teranga in tonight's first semi-final. Senegal have never previously lifted the Africa Cup of Nations trophy.

Tunisia will sport their all red Kappa kit tonight in Cairo.

Senegal in their classic green kit this evening

It's another stifling Cairo evening with a current temperature of 37C Celsius. Far from ideal conditions for players and spectators alike.

Tonight's game in Cairo will be the sixth encounter between Senegal and Tunisia in the Africa Cup of Nations, but the first in semi-finals.

Confirmed teams for this evening's game:

Senegal will not underestimate Tunisia as they bid to reach the Africa Cup of Nations final for the second time in their history.

The Lions beat Benin 1-0 courtesy of Idrissa Gueye's 69th-minute strike to reach the last four, keeping a clean sheet for the fourth time at this year's competition.

Only Algeria have managed to breach Senegal's steely defence so far, but tonight they go up against a Tunisia side who eased to a 3-0 quarter-final victory over Madagascar.

Hello and welcome to our live coverage from Cairo of the first AFCON 2019 semi-final as Senegal face Tunisia with a 18:00 kick off.