Cádiz 0-0 Barcelona: as it happened

That's all from us tonight. Thank you for joining. We will see you next time!

Koeman to miss next game

Both teams really went for it at the end but couldn't find the winner. Memphis had a glorious chance for Barcelona. Ter Stegen also denied Cádiz on several occasions. A point each is probably fair.

Ronald Koeman has been sent off!

Busquets gets a yellow card for knocking a second ball onto the match ball... bizarre

There are 30 seconds left but both sides want the winning goal!

Barcelona fly up the other end and Memphis somehow puts his effort wide.

Ter Stegen is out like a bullet to catch Salvi's right wing cross.

Coutinho curls his free-kick over the wall and wide.

We have five minutes added on!

Barcelona have a free-kick in a dangerous position.

Yellow card for Alarcon for taking down Memphis as he races down on goal.

The corner is hit too hard and ends up out for a throw on the other side of the pitch. Not ideal when you are pushing for a late winner.

The home fans are really getting behind their team here.

Cádiz are looking for a winner!

Salvi should really bury the effort. He puts it into the far left-hand corner from about 8 yards and Ter Stegen gets his right foot to it.

Ter Stegen may have just kept Ronald Koeman in his job for another few days.

Barcelona have made their final change.

Riqui Puig is going to come in for Barca.

Some Barcelona fans are asking for Henrik Larsson to come off the bench and give their team a hand up front tonight.

Gavi was quieter in the second half but had a good first half. Tonight was his first start for the vlub.

Espino whips it in at speed. Ter Stegen pushes it away.

Coutinho is going to come in for Barca. It remains 0-0.

That is harsh on De Jong.

Koeman is now going for a 4-4-1 and he showed the whole stadimu but holding up his fingers.

RED CARD! Frenkie de Jong is sent off for a second yellow in four minutes.

RED CARD! Frenkie de Jong is sent off for a second yellow in four minutes.

Frenkie de Jong is booked for an elbow. It's the first yellow of the match.

Barcelona have picked up it somewhat in the opening quarter of an hour of the second half.

Ledesma gets down really well to stop Memphis' 20-yard drive from the edge of the box.

It's a superb cross by Luuk de Jong to pick Memphis out but he ends up kicking it with his heel.

Memphis has it on a plate but somehow manages to send it the other way and not on target. He almost trips over it.

What a strike! Negredo with the outside of his left boot... it's going for the top corner but Ter Stegen saves it superbly!

And we're underway for the second half!

Gavi has been impressive for the away side but apart from that there isn't much to report from the opening 45 minutes. Hopefully the second half is better!

Memphis takes the free for Barca. Ledesma sprints out to punch it clear.

The fourth official puts his board up... there will be three minutes added on.

This time it's in Cádiz's half. Mingueza whips it in but it's straight at Haroyan, who clears it with his head.

Well, we are coming up to half-time and there have been no real chances of note from either side.

Jonsson was a regular in the Cádiz midfield last season but has lost his way a bit this season. Tonight he'll face a Barca midfield trio of Gavi, Busquets and De Jong.

Fali is coming off on the stretcher. That's a real pity as it looks a nasty one. Jens Jonsson is about to come in for him.

Ter Stegen is down but he should be ok. Koeman isn't happy. Sobrino may have caught the German keeper as he cleared a back pass.

Memphis breaks down the left again. He opens up his body to curl it into the far corner but it's a really poor effort and an easy one for Ledesma to collect.

Memphis does really well down the left wing, beating two men to win a corner after Fali deflected it out. Ledesma collects the cross from the resulting corner.

Sergio Busquets wins the ball back but then immediately loses it, very unlike him.

There is real pressure on Ronald Koeman. Belgium boss Roberto Martínez has been linked with the job but the Spaniard, currently in charge of the Belgium national side, was quick to pour cold water on any talk. "There is nothing in it, nothing to say on my part," the former Everton boss told Eurosport.

"When you lose three games, the rumours are that you're going to get fired. When everything is going well and you're getting good results, the rumours are still there but there is nothing to say at this time."

Gavi plays a ball over the top of the Cádiz defence. Frenkie de Jong makes a lung-bursting run into the box but it's just too long for the Dutchman.

Frenkie de Jong gets down the right. His low cross is cleared at the near post.

Cádiz did beat Barca here last season. Álvaro Negredo's second half goal saw them record a famous 2-1 win in their return to the top flight after 14 years away.

Barcelona are knocking it about nicely but there really isn't much movement or zip up front.

It's very refreshing to hear fans again. The Cádiz faithful are making themselves loud and clear here.

A Cádiz cross comes in from the right but it's just too high for Negredo, who can't keep his volley on target. 0-0

Despite the club's financial problems, Barca are still signing players.

Dest has been busy down the left wing. He is in for the injured Alba. Barcelona have seen the majority of the ball thus far.

There is some water on the pitch, which has slowed down some of the early passing.

Barcelona have been called the new Stoke this week after 54 crosses against Granada on Monday. Let's see if they return to their 'tiki taka' tonight.

Arzamendia takes down Gavi, a tactical foul and it's a free to Barca deep in their own half.

Sergio Busquets knocks over Jiménez and it's a free for the home side.

Cádiz are pressing very high in the opening minutes. Their normal style is a low block so it will be curious to see how that one develops.

Dest has the first chance of the game. He makes a yard for himself with a sharp turn in the box but blazes over the bar.

Barcelona are playing from left to right as we watch it. Cádiz are playing in their famous yellow and blue kit.

Barcelona get us underway!

The players are in the tunnel!

Kick-off in Cádiz is just over 15 minutes away!

Following the defeat to Bayern Munich in the Champions League and a draw at home to Granada in La Liga, Ronald Koeman's position at Barcelona has come under increased scrutiny and the names of potential replacements are starting to emerge.

Two of these, Roberto Martínez and Erik Ten Hag, have been questioned directly about their interest in taking over the reins at Camp Nou.

Barcelona have this week been called the new Stoke after their 1-1 draw with Granada on Monday night.

Monday’s 1-1 draw at home to Granada was notable not only for the poor result but because they played 54 crosses into the Granada area - the most of any Barcelona side since November 2016. 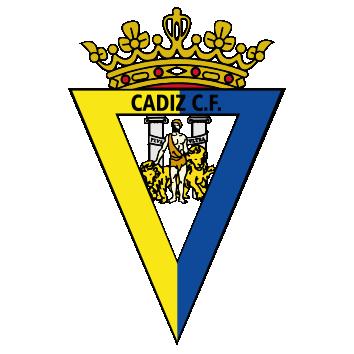 A reminder of tonight's teams if you're only joining us...

Kick-off in Cádiz is just 30 minutes away!

10pm local time on a Thursday night, not your typical LaLiga!

Koeman's options off the bench

In other news... we have the kick-off time confirmed for the first Clásico of the season.

Cádiz will no doubt make life hard for Barca tonight. They beat them 2-1 at home last season, in their return to the top flight. Álvaro Negredo nicked a second half winner to give them all three points.

The Andalusian side have won just once this season and sit in 15th place.

Barcelona currently sit in 9th place in La Liga, however, the Catalan side have only played four matches, winning two and drawing two.

Tonight is a much-weakened side, not really what Koeman needs right now.

Barcelona meanwhile have their own injuries to deal with, seeing Sergio Agüero, Martin Braithwaite, Ansu Fati and Ousmane Dembélé all out. That means Memphis Depay will almost certainly start, along with Coutinho and Demir.

In the midfield, Pedri too sits out, meaning Sergio Busquets and Frankie de Jong could be joined by Sergi Roberto.

Finally, Piqué or Araújo? Probably Araújo, after his last face-saving goal against Granada.

The good news for head coach Álvaro Cervera is that centre-back Juan Cala returns from suspension and will likely go straight in the side. Álvaro Negredo could be in a line for a starting spot having come on off the bench last time.

The bad news: injuries continue to plague the squad with Jon Ander Garrido, Jose Mari, Alberto Perea and Carlos Akapo all out.

Check it out below!

Cádiz players arrive ahead of home clash versus Barcelona

Cádiz vs Barcelona: how and where to watch - times, TV, online

Cádiz, sitting down in 16th with a win, two draws and two defeats from the first five games of the season, host Barcelona who are three points ahead in 9th, having played a game less. But the fact Koeman's side are undefeated in LaLiga this season (two wins and two draws) is not sufficient to avoid the label 'crisis' being liberally attached to the Catalan giants, where Koeman's future is hanging by a thread.

In apparent response to what the Barcelona coach perceives as unfair media attention, Koeman decided to bin the standard press conference format, with such things as questions, and read out a statement.

In his prepared script, the coach called for faith in the youngsters coming through, saying they had the chance to be world-class stars in a few years, just like Xavi and Iniesta, but that patience is required. Worryingly for the fans, Koeman said that finishing high up in LaLiga would be a good result and that "miracles" are not to be expected in the Champions League. Expectation management in overdrive, then.

Hello and welcome to AS English's live coverage of this La Liga matchday 6 fixture as Cádiz host Barcelona. Kick-off is at 16:00 ET / 22:00 CEST.