That ends our coverage of today's Group B opener and we'd like to thank you for joining us and look forward to catching you tomorrow for our next installment of AFCON 2021 as Nigeria's Super Eagles face Mo Salah's Egypt.

The game was far from a classic as Senegal needed a last gasp penalty to secure maximum points against a dogged and resilient Zimbabwe side. The 'Warriors' now need to dust themselves down and believe in getting something from their games against Malawi and Guinea. Senegal will have key players returning from covid but the 'Lions from Teranga' will need to improve if they are to live up to their tag as one of the pre-tournament favorites. 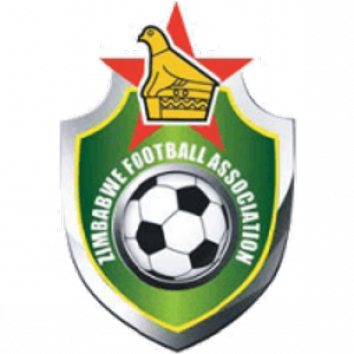 FT in Bafoussam as Senegal leave it very, very late.

The penalty call was harsh but the ball did strike Madzongwe  on the hand.

An emphatic strike it was from the striker as the whistle sounds to end the contest.

Joy for Senegal but you have to feel for Zimbabwe. Literally in the last seconds of the game... a cruel blow for Mapeza's side.

Mane has the ball in his hand as we await the final decision.

Madzongwe  appeals and is carded

The ball is in the side netting and that could be it from Senegal as the 'Warriors' frustrate the men in white.

Senegal looking for a way through but the men in yellow stand strong to avert the danger. Two minutes left....

Sadio Mané cuts a frustrated figure as he senses that today will not be his day. 4 minutes of time will be added so just four minutes to resist this late pressure.

We're into the final minute of norm al time and Zimbabwe are holding out. I'd anticipate at least 5 minutes of added time.

The Zimbabwe medical team are on the pitch as Musona pulls up with a knock to his head.

Senegal now under pressure as Zimbabwe enjoy a solid spell of sustained pressure. Free kick for the 'Warriors' by the Senegalese goal line. Dieng dives to stop the goal bound header. One thing is a Zimbabwe draw but a win for the side managed by Mapeza would write a new chapter in African football upsets.

A draw here today would be the first (minor) upset of the Cameroon AFCON with Senegal one of the pre-tournament favourites. Ten minutes remain at the Kouekong Stadium. 10 minutes for the Zimbabwe 'Warriors' to hold out!

That was a fine counter for the Senegal side as Gueye comes on with Dia making way.

Senegal break and a fine interception from Zimbabwe keeper denies what would have been the opening goal as Mané waited to pounce unmarked.

Into the final 15 minutes we go and it's Zimbabwe on the attack.

Zimbabwe have created a few half chances, especially in the first 45' but Senegal stopper Dieng has enjoyed a quieter second half.

Senegal still very much ahead in terms of possession and goal scoring chances but Zimbabwe will be spurred on by the 0-0 scoreline.

Chance for Senegal as Diallo heads over. Decent chance for the sub and as was the case with the recent effort Cisse, the Senegal man just unable to keep the ball down. Senegal have created danger from set pieces.

A reminder that the other Group B game gets underway at 1700 CET/11 ET as Malawi face Guinea here at the Kouekong Stadium. Both nations will be encouraged by this game should it remain score-less.

Over 65' gone here in Bafoussam and it remains goalless.

Change for Senegal as Balde is replaces by Diallo. One of the just 6 subs on the Senagalese bench today.

The No. 8 gets to his feet and appears okay to carry on.

Worrying for Zimbabwe as Benyu goes down with an injury as the referee calls for a stretcher.

Despite being few in number, the fans here today for the Group B opener are generating plenty of noise with trumpets blaring. The bulk of the fans here are clad in the colours of Senegal.

Approaching the hour mark now and not the AFCON opening that was anticipated for the 'Lions from Teranga' as Zimbabwe continue to keep the highly fancied Senegal side at bay.

The pace has dropped noticably now and this is understandable now as tired legs kick in with a energy zapping 29C/84F temperature in the city of Bafoussam, some 3 hours north of Yaounde.

Match action from the Kouekong Stadium

The second half starting as did the first with Senegal looking the sharper of the sides. Major pressure on coach Cisse this time around at the Cameroon AFCON with his job on the line should his side fail to lift the trophy in February.

Prince Dube our pre-game 'one to watch' was disappointing in the first half to be honest....

The second half is underway in Bafoussam with Senegal starting the action.

Corner for Senegal as we enter the final minute of the half. The ball falls to Toure who fires into the side netting. The referee from Guatemal calls time on the action and a 15 minute respite await both teams.

Decent effort for Kangwa for Zimbabwe as it's the men in yellow creating plenty of chances but the Azam man just pulls the ball wide.

Final five minutes of action here in Bafoussam and it remains all square. Despite a bright first 20 minutes, Zimbabwe have shaken off their pre-match 'shyness' and have really taken the game to the highly fancied Senegal.

Just as we say that Gueye breaks for Senegal and after a poor first touch sees the Zimbabwe keeper smother the ball after, what was a fine chance for Senegal. The Marseille man will be disappointed with that.

All the pressure being applied by Zimbabwe now as they launch a series of onslaughts on the Senegal goal. The dynamic of the game has shifted in the past ten minutes.

Senegal stopper Dieng forced to intervene as Zimbabwe step up the intensity levels now. Best spell of the day for the men in yellow. Hard at times to remember that more than a 100 FIFA ranking points separate the sides.

Balde carded for protesting with the Senegal man the first name in the book today.

Danger for Senegal now as Zimbabwe are awarded a free just outside the box. Possible a little too far for a strike....

Hadebe does well for Zimbabwe nodding away a dangerous ball as Senegal win a corner. Sarr takes but the flag is up as the linesman spots an infringement.

One senses that Zimbabwe have set out a game-plan for a 0-0 draw.... Keep Senegal at bay for as long as possible and look to frustrate Aliou Cisses's men ....

Mané does well skipping past two defenders but his shot is easy for Mhari to smother. Senegal very much knocking on the door now and one senses the opening goal for the 'Lions of the Teranga' is imminent.

Toure strikes from range but just failing to secure the accuracy needed. Senegal forced to hit from distance as they see the opposition box swarming with yellow clad players.

Norman Mapeza's men happy to sit deep and strike on the counter.

Zimbabwe are proving to be well organized defensively with Senegalese players facing a wall of yellow as they look for a way to pick the lock of the 'Warriors'.

Senegal well on top now but still yet to test Mhari in the Zimbabwe goal.

Musona breaks for Zimbabwe but the strike from the 31-year-old is a shocker as he pulls the ball well wide.

Zimbabwe still unsettled as they fail to retain the ball with poor first touches and decision making.

Sadio Mané in action for the first time today but the Liverpool striker slips as he shapes to shoot.

Decent play from the 'Warriors' as they move the ball from side to side with poise. Senegal rob the ball back and Balde drops the ball onto the roof of the Zimbabwe net.

First chance of the game falls to Sarr who drives the ball inches wide of the Zimbabwe post.

Off we go in Bafoussam... Zimbabwe start the game in Group B.

Today's match official is Mario Escobar (Guatemala) and VAR will be used.

The sides take to the pitch in bright sunshine with many fans taking refuge from the sun in the few areas of shade. National anthem time with Senegal first up. Next up "Simudzai Mureza wedu WeZimbabwe" the anthem for the 'Warriors'

Just over five minutes ahead of kick-off. Our AS pre-match prediction is a 3-0 win for the 'Lions of Teranga'. A temperature of 29C or 84F awaits the players with a crowd of approximately 2,000 here at the Kouekong Stadium in Bafoussam.

Senegal: one to watch

Senegal have one of the best squads – if not the very best – in the tournament, but they are going to rely on Liverpool striker Mane to a certain degree, particularly given their covid-19 absences. Thankfully he is exceptional both when it comes to sniffing out chances and creating them, with his 0.67 non-penalty expected goal involvements every 90 minutes being the fourth-best in the Premier League (min. 900 minutes played) this term.

Zimbabwe: one to watch

The other Group B sides Guinea and Malawi will face off his evening an hour after the conclusion of the Senegal-Zimbabwe clash at the same Bafoussam stadiumn with the Guinea's Syli Nationaleexpected to join Senegal in progressing from the group.

Senegal will be in all white today with their Zimbabwe opponents in their all yellow kit.

Will this be the year for Senegal's 'golden generation'?

Senegal's second so-called 'golden generation' is running out of time. They arrived in Cameroon with a stacked squad, but many of their key players are approaching 30 or are already there.

To make matters worse, coach Aliou Cisse is without a host of big players against Zimbabwe, a game he will be keen to just get out of the way.

"I was looking at the composition of our team," Cisse said. "Compared to our last match against Congo, I can already tell you we have six indisputable starting players who are not on the squad list: Edouard Mendy, Krepin Diatta, Ismaila Sarr, Nampalys Mendy, Kalidou Koulibaly and Saliou Ciss.

"Having six absent starting players, it's true that it's worrying but we are still going into the game against Zimbabwe full of confidence."

Senegal have won their opening game in each of the last three Africa Cup of Nations (v Ghana in 2015, v Tunisia in 2017, v Tanzania in 2019) and will look to extend that record as they face Norman Mapez's Zimbabwe this afterenoon.

The 'Warriors' from  Zimbabwe are making their fifth appearance at the Africa Cup of Nations. They have finished bottom of their group in each of their four previous participations and never kept a clean sheet (12 games).

Senegal have won their two previous encounters with Zimbabwe at the Africa Cup of Nations, both by a 2-0 scoreline (in 2006 and 2017).

If any player tests positive they will not be authorised to go to the stadium or participate in the match, while teams must play as long as they have a minimum of 11 players available If they have no goalkeeper available, another player must play in that position.

Teams that do not have a minimum of 11 players available will be considered to have lost the match 2-0, according to CAF

Inaugurated in 2016, Bafoussam Stadium is, together with Limbé Stadium, the joint-smallest venue in the 2021 Africa Cup of Nations. The stadium is located in Kouekong, a suburb around 15km from the centre of Bafoussam, which with around one million inhabitants is Cameroon’s third-largest city by population.

The 'Lions from Teranga' are expected to make a serious challenge for the title this year following their 2019 defeat at the hands of Algeira in the Cairo final.

Hello and welcome to our live coverage as Group B at AFCON 2021 gets underway at Bafoussam Stadium (Kouekong) with Senegal facing Zimbabwe.