- Karim Benzema blazes first half spot kick over the bar

- Elche had never beaten Real Madrid in the Spanish capital

Full time in the Bernabéu. What a contest. Cruel on Elche who were agonizingly close to securing a famous win and every credit to Madrid who never threw in the towel. A great game of football!

Madrid now pressing for the winner as the clock ticks down.

Incredible drama here as Militao seems to have rescued a point for the home side.

Gooooooool.Militao levels the score with a last minute header.

Four minutes to be added

Madrid getting closer now as Elche defend desperately....Wave after wave of attack for the home side and Elche riding their luck now.

Palpable tension here at the Bernabeu with the clock ticking down. Madrid yet to lose at home with the two defeats coming away to Getafe and Espanyol.

Dramatic last minutes here at the Bernabeu as the home side press for the second goal.

Modric to take and the Croatian slots home .... Game on !

Penalty for Madrid after Milla handball

Hazard and Lucas make way for Isco and Valverde

Added pressure on Real Madrid now as Cesemiro hits the bar with a header. Ancelotti's men staring at their third defeat of the season and first slip-up at home.

Gooooolllllllll. Milla slides the ball past Courtois and Elche edge towards this famous win.

Elche are now just 15 minutes away from creating history.

Courtois saves as Elche get a header on target.

Vini is carded for tripping Milla and will miss the home game vs Granada on Sunday week.

Vini weaves into the box and drills the ball from the six-yard box and it goes inches wide of the Elche post. Whistles of frustration ring out from the home fans.

Elche deserve every credit for their defensive display today with the injury hit side well capable of dealing with everything the home side have in throwing at then. In the few occasions (especially towards the end of the first half) when they were overcome, Badia was alert in the Elche goal to repel the danger.

The Brazilian comes on for Kroos.

Good play from Vini and Mendy as the ball falls to Kroos who blazes the ball well over the bar. Madrid still bossing things in terms of possession.

An hour gone in Chamartin and it remains 0-1 to Elche who are mow just 30 minutes away from claiming an historic win.

Marcelo and Rodrygo currently warming up for the home side.

The French striker can look forward to ten days with no competitive games for his club and provide possible recovery time to shake off the knock.

Change for Real Madrid with Jovic set to man an entrance

First card of the night for Militao as he clips Boye

No penalty the final decision as the ref. changes his mind. VAR and the match official working well regarding the decision.

VAR set to review the action with doubts about the level of contact.

Another penalty is awarded for Madrid as Hazard appears to be fouled in the box...

Good work from Colombian winger Mojica as he threads the ball into the box for Elche but Mendy is quick to react and is fouled in his efforts to clear. The previous pattern of Madrid with the ball and Elche looking to strike on the counter being repeated.

Mendy wins a corner for Real Madrid as Elche are at full stretch to avert the danger.

Elche just 45 minutes away from writing a page in the club's history books with a win over Real Madrid in the capital.

Second half is underway....Real Madrid start the action.

Carlo Ancelotti already on the bench with a glum look on the Italian's face. His side have done everything right but put the ball in the net.

The new Santiago Bernabéu is slowly coming together with it's steel exterior set to be ready at the end of next season. The sides are in the tunnel with the start of the second half just minutes away.

The whistle sounds and both sides will take a 15 minute break. Madrid dominating proceedings but it's Elche who lead at the interval.

Last chance for Madrid as they win a dangerous free. Kroos strikes and Badia once again delivers a fine reflex stop. Edgar Badia the hero for Elche so far today.

Badia once again comes to Elche's rescue as he smothers the ball from a Benzema shot inside the box.

Mendy almost levels the score but his shot drifts inches wide of the Elche goal as 4 minutes of added time are confirmed.

Boyé latching onto a cross majestically and leaving Courtois with no chance. What a upset at the Bernabéu !

Pere Milla is back in action as Elche stun the Bernabeu and it's Argentine Boyé who puts the visitors ahead.

Elche's problem is an inability to retain possession as the men in black seem happy to look for a long ball which inevitable ends up with a player in white.

Just over 5 minutes remain in the first half as Elche continue to hold out as the minutes tick by.

Milla now on the floor and in some distress.

Elche complain as Milla felt he was fouled in the action leading up to the goal. Benzema misses !!!!
Poor strike from the Frenchman as he drills the ball over the bar.

Past the 30 minute mark and still no way through for Real Madrid at the Bernabeu as they win a spot kick. Vini upended by Palacios and the ref has no hesitation in pointing to the spot.

Once again Badia saves well from a crisp Casemiro strike from the edge of the box.

Elche being pegged deep inside their own half now but still holding firm in a defensive capacity. The visitors are struggling when it comes to launchinbg counter attacks.

This time Badia was called into action as he dives well to save from Benzema who controlled a long ball with an exquisite first touch.

Neither keeper has really been called into action today with the bulk of the goal-mouth activity occuring in the Elche box.

Vini Jr. will need to be on his best behavior today with the Brazilian just one yellow away from accruing an automatic suspension.

Not something one wants to see as the Elche man is stretchered away from the playing area as Fidel comes on.

Morente seemed to fall akwardly after a tangle with Casemiro.

Morente appeal to be in trouble and this is not good news for a Elche side already plagued by injury.

Boye clips the ball into the box and sensing the danger, Mendy hesds the ball out for a corner. Not a bad start at all for the visitors who would certainly sign up for a point in today's game with Elche having never won a league contest at the Bernabéu.

Modric looks to thread the ball through to Vinicius but on both occasions his cross is blocked out.

Vini Jr almost opens the scoring as he skips past the Elche defence but sees Badia alert with the keeper smothering the ball.

Past the ten minute mark and despite Madrid's probing and pressing, still no way past the men in black.

Elche looking well organised despite head coach Francisco not being in attendance today. The new coach has tested positive for covid and is currently isolating at home. Elche are currently being looked after today by Jaimie Ramos. 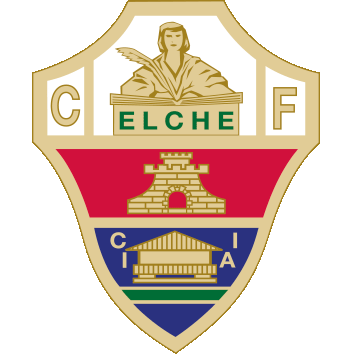 Boye does well and sees his shot driven into a man in white. A reminder of the Elche XI

Bright initial opening from Elche but Madrid now enjoying the bulk of possession as both sides ease their way into the contest. It's a bright but fresh day here in the Spanish capital today with a temperature of 10C/50F.

Certain sectors of the lower tier of the Bernabéu are still out of bounds to fans as the re-constriction work continues at pace at the famous Chamartin staddium.

A musical tribute now for Gento with a massively respectful silence from the 50,000 or so fans at the Bernabéu today... ongoing work and covid capacity restrictions mean a reduced crowd for today's league contest.

Real Madrid now show-off their latest haul of the Spanish Super Cup which was secured last Sunday with a 2-0 win over Riyadh against Athletic Club.

A minute's silence will also be staged before the action gets underway. Chants of 'Gento, Gento' ring out from the Bernabéu faithful!

Nice gesture from the Real Madrid side with all players wearing the No. 11 Gento shirt pre-kick off!

The sides are in the tunnel. Real Madrid in their iconic all white kit with Elche today decked out in their away black kit.

Today's game will be preceded by a brief tribute to former Rel Madrid legend Paco Gento who passed away earlier this week.

Today's game is the last LaLiga action until w/e 5 Feb. with a break being generated as CONCACAF, CONMEBOL and AFC World Cup qualifying games take place. Real Madrid do have a Copa del Rey quarter final on 3 February as they face a tricky away trip to San Mamés to face Athletic Club.

Madrid's next league contest is a home game to Granada on 6 Feb. with Elche taking on Alaves the day before.

The corresponding fixture between both sides in the Spanish capital with a 2-1 win for Madrid. Coincidentally the last three meetings between both teams have ended with the same scoreline.

Indeed, Elche have never managed to beat Real Madrid in the capital with the Alicantinos just managing three draws in all meetings at the Bernabéu.

Madrid in form despite fixture congestion

Madrid returned from Saudi Arabia as Spanish Super Cup champions after beating Athletic Bilbao 2-0 in the final on Sunday and rivals Barcelona in the last four.

They then reached the Copa del Rey quarter-finals after fighting back from going a goal down in extra-time to beat 10-man to beat Elche 2-1 on Thursday.

Both sides met midweek in the Copa del Rey Round of 16 with Real Madrid progressing after extra time with a 1-2 win. Eden Hazard bagged the winner on Thursday and he is rewarded with a start in today's line up by Ancelotti.

Carlo Ancelotti wll be looking for three points this afternoon against an Elche side who are looking over their shoulder at the relegation zone with the side from Alicante province just fours points from the drop zone.

A win for 'Los Blancos' would see Madrid's leat at the summit increase to six points after Sevilla only managed a 2-2 draw at home to Celta Vigo on Saturday night.

Hello and welcome to our live LaLiga Santander coverage as Real Madrid face Elche at the Santiago Bernabéu.