- Partey drives Ghana ahead in the 11th minute, Troost-Ekong levels from the spot

So commiserations Nigeria and congrats Ghana as the West Africa derby sees the Black Stars advance by virtue of an away goal.

Jubilant scenes as Ghana players celebrate with the Super Eagles cutting a desolate figure as tension breaks out between a few players. Thomas Partey celebrates with the small group of Black Stars fans here in Abuja tonight. Credit to Otto Addo who's half time substitutes at the interval being key. 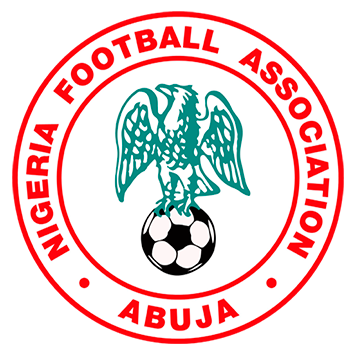 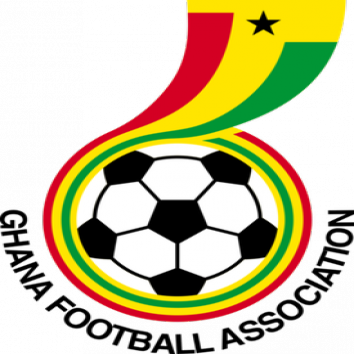 Moses Simon over the ball .... Poor effort and the ball drifts wide....

Sadiq gives the ball away and this lack of belief from Nigeria is a major puzzle. Dangerous free for the Super Eagles as they win a dangerous free.

Final minute of normal time and as things stand, Ghana are heading to Qatar

Wriedt comes on for Gyan

Another poor delivery from Moses Simon as Nigeria are forced to defend an attacking corner.

Sadiq is finally on for Nigeria !

Moses Simon strikes a free and once again, the effort is overhit and Ghana can take the sting out of the game. Credit to Atto Addo for his half time switches.

Nigeria have been poor in this second half and the Super Eagles have been void of creative play with just Osimhen the only player looking capbable of causing damage.

Osimhen with another spectacular effort and the Napoli man drives the ball wide.

Dead ball situations look like their best source of finding the net.

The tension from the stands has translated to the pitch and Nigeria's players really do look void of creativiy.

Musa and Ighaklo both on for Nigeria, Etebo and Dennis both leaving the pitch

Kofi Kyereh shoots and blazes the ball over the ball. Zero intensity from Nigeria who are playing with a side with fear as the clock ticks down

Bukari shoots and appeals for a corner. Goal kick for the home side says the match official as we hit the 75th minute.

Kudus off for Bukari, Ghana switch

Eguavoen needs to shuffle his bench and bolster the frontline !

Less than twenty minutes left for Nigeria. Ghana do look comfortable with proceedings. Nigeria a shadow of the team who struggled to break Tunisia down at AFCON. Osimhen looks like the only Super Eagle who can create danger as the Ghana keeper does well as he palms away from a headed effort.

Etebo has a shot from inside the area but the ball whistles over the bar. Nigeria need to step up the intensity levels.

Less than 25' remain in Abuja and time is ticking away for Nigeria as Ghana are doing an admirable job of holding out.

Ghana bring the ball forward for the first time in some minutes, Nigeria pressing, Ghana defending desperately as they know that this result will punch their ticket for the Qatar World Cup next November.

Moses Simon will make an entrance as Lookman is the player who takes a respite.

Was a big fan of Umar Sadiq when he came on for Nigeria in the AFCON round of 16 tie against Tunisia and feel he offers an additional level of mobility... Will we see the Almeria man tonight ?

A spectacular overhead from Osimhen goes inches over as the Super Eagles really press now but still no end product as we approach the hour of action.

A downward headed effort from Dennis which drifts inches wide. Nigeria starting to dominate now as we head towards the 60 minute mark.

Yet another corner for Nigeria as they press Ghana back.

The ball finds Aribo bu the Rangers man screws the ball wide after decent work down the Nigeria right flank.

Super Eagles opt for the long ball and it pays dividends as they win a corner. Lookman has his pocket picked by a man in yellow and the ball ends back in the arms of Black Stars stopper Wollacott

Flag raised and it's a Super Eagles ball as Nigeria try and secure a foothold in the game.

Changes for both teams at the break.

The teams return to the pitch ahead of the second 45'

Nigeria need to invoke the type of performance they delivered after the Ghana goal as they really took the game to their West African neighbours. Ghana will be happy to see the rhythm of the game broken as we witnessed in the last 10-15 minutes of the first 45 but everything to play for and a huge 45' ahead !

A frantic half full of incident. Ghana with the away goal advantage but the spot kick from Troost-Ekong offering Nigeria a lifeline as the whistle sounds for the break.

Amartey goes to ground and will need help as Onyeka seems to be in trouble too.

Since the disallowed Osimhen goal, there has been very little football played with the game a stop-start affair now. The interval will be a good chance for both sides to re-group.

Free from Lookman but the Leicester man overhits

Amartey the only player booked so far this evening...Despite the tension it's not been a cynical affair so far.

A scare for Ghana who still have the advantage with a 1-1 scoreline as we drift towards the interval.

The check taking a while and in the end it's no goal. Offside given ....the correct call but a warning for Ghana

Ref. set to consult VAR as it does appear that the Napoli striker was well offside.

The ball is in the net... Osimhen puts Nigeria ahead with a lightning counter.... breaking the offside trap and steers the ball past the keeper and stumbling stabs home... Was he offside though ?

One thing we can guarantee tonight is that there will be no extra time tonight. But as things stand this scoreline would see the Black Stars advance to Qatar.

The state of the pitch is really not helping matters as the ball bobbles around on the uneven surface.

Five in the Ghana wall which does it's job as the ball is cleared. Nigeria still dominant in possession.

Nigeria win a dangerous free right on the edge of the box as Osimhen goes to ground ..... Amartey furious with the call.

Since the 11th minute goal for Ghana, Nigeria have really taken the initiative and will need to maintain that tempo.

Game on in Abuja !

Odoi the Ghana man who clipped Lookman as Troost Ekong steps up to take.... The Watford man slots home to equalise

Partey argues but the Tunisian has his mind made up

Ref points to the spot... a lifeline for Nigeria.

VAR to be consulted after huge appeals from the home side.

Will the Black Stars drop and try and defend the lead knowing that Nigeria need to find the net twice? We remember how the Super Eagles really struggled when they had to take the initiative in the round of 16 AFCON tie vs Tunisia ... a big shift is needed from the likes of Osimhen.

A soft goal to give away but there is plenty of time ahead for Eguavoen's men to claw their way back into the contest.

So, pressure on Nigeria with the Super Eagles needing to find the net twice tonight.

Shocker from Uzoho as the strike from the Arsenal man squirms under his body....

Partey fires Ghana ahead with a major error from the Nigeria keeper.

The tension is palpable here with mis-placed passes from both teams as they ease their way into the game.

Nervy start again as we saw in Kumasi. Ghana enjoyed the better start last week but really failed to test the Nigeria during the 90 minutes.

Good work from Dennis as the Watford man breaks to the byline and wins a throw for his side.

Nigeria start the action in Abuja

Huddle from both teams and we're about to get underway in Abuja.

Three Rangers players in the Nigeria XI tonight so in a rare twist of fate, the fans of the Glasgow side will be cheering a side wearing green and white tonight !

National anthem time, first up, that of Ghana.... followed by that of Nigeria.

The teams take to the pitch, Nigeria in white and green, Ghana in their change kit of yellow tonight.

First game for Nigeria in the capital in over a decade with Lagos traditionally being preferred by the NFF.  Will there be an 'Abuja-effect' for the Super Eagles tonight ?

So, who will be in Friday's Doha draw ? Nigeria or Ghana? Tension palpable from the fans with a mixture of excitement and trepidation. Ghana subs head to the bench and get booed by the home fans.

It's an overcast evening in Abuja with the stadium packed to the rafters. Green and white the dominant colour scheme with a small flash of red, yellow and black with the group of Black Stars supporters.

A packed house is anticipated at the Moshood Abiola National Stadium with approximately 1,000 Black Stars supporters making the journey to the Nigerian federal capital tonight.

The 'Super Eagles' are the fancied team going into the tie in Abuja tonight but 'Black Stars' fans will be encouraged that in the past five competitive West African derbies, Ghana have win three, two draws and no Nigeria wins !

The Nigeria Super Eagles are bidding to reach a fourth consecutive World Cup, and a seventh in total, while Ghana - three-time qualifiers - are looking to return to the tournament after failing to reach the 2018 finals in Russia. Their last appearance was at the 2014 tournament in Brazil.

Two massive games in African qualifying starting at the same time with Senegal-Egypt with a 1900 CEST start too. We'll bring you the goal flashes from that game too as the first pair of tonight's five games are just less than 25 min away.

Tunisia's Selmi Sadok has been appointed to oversee tonight's clash in Abuja.

According to stats based We Global Football (Twitter) the Super Eagles have a 65% chance of progressing to take their place in next Friday's World Cup draw after the 0-0 in Kumasi last week.

Ghana depriving Nigeria from scoring last Friday could be a key factor in tonight's tie!

“We had two clear chances to finish off Ghana, but I think getting a draw is good even though we wanted to win,” claimed Super Eagles boss Augustine Eguavoen.

"We did well even though we made some mistakes, but we started well, there was just a little bit of fatigue and it made Nigeria come into the game more," said Ghana’s new coach Otto Addo after the game in Kumasi.

Black Stars are on the march

Kick off in Abuja looming

Regional rivals Ghana and Nigeria played out a 0-0 draw in the first leg of their World Cup playoff in Kumasi on Friday, leaving the tie wide open when they meet again in Abuja on Tuesday to decide a place at the World Cup.

The ‘Jollof derby’, so-called after the rice dish popular in both countries, failed to produce much spice and will have left fans unsatisfied after a myriad of mistakes and poor decision-making marked the game.

Home side Ghana had more of the possession and chances but proved sloppy in their finishing with the Black Stars playing their first game under new coach Otto Addo, who had former Brighton & Hove Albion manager Chris Hughton as a consultant.

The game takes place at the 60,000 capacity National Stadium in Abuja with a boisterous home crowd set to support Agustine Aguavoen's boys.

The first leg in Kumasi last Friday ended 0-0 in a tense stalemate, so there is everything to play for tonight.

Hello and a warm welcome to our live coverage from Abuja as Nigeria's Super Eagles face Ghana's Black Stars with a place in the World Cup on the line.