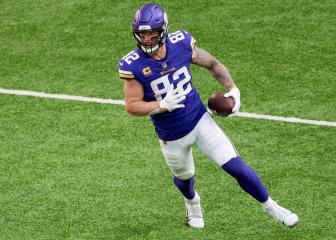 Many of the players remain the same, but the Leicester City team that takes to the field at the Ramon Sanchez Pizjuan on Wednesday should be treated as a very different side from last year's surprise Premier League winners, according to Sevilla's bullish coach Jorge Sampaoli.

The Foxes earned a place in the Champions League by defying the odds to claim the title in 2015-16, before progressing to the knockout stages of Europe's elite club competition at the first attempt.

Their defence of the domestic crown is verging on the disastrous, though, with Leicester sitting 17th, one point clear of the relegation zone, prompting speculation over the future of manager Claudio Ranieri, just nine months after earning pride of place in the club's folklore.

The strugglers from the East Midlands will receive no quarter in Andalusia this week, when a Sevilla side pushing favourites Real Madrid and Barcelona all the way in LaLiga will expect to earn a commanding aggregate lead in the round-of-16 tie.

"Today we are not talking about the team that won the league so brilliantly, we're talking about one that is not doing well and is fighting relegation. You have to talk about the present," Sampaoli told a news conference on Tuesday.

Present more important than past - Sampaoli

Quizzed on Ranieri's position, the former Chile boss replied: "Common sense says someone who had so much success with so few resources can lift the team again, although that is for the people in charge of Leicester to decide.

"But the present is more important than the past, even with an achievement as incredible as theirs.

"I think Leicester are not having a good time in the league, they have a lot of doubts when last year they had so much belief."

How and where can I watch Sevilla - Leicester City: times, tv, online