Radamel Falcao: "I could have been a baseball player" 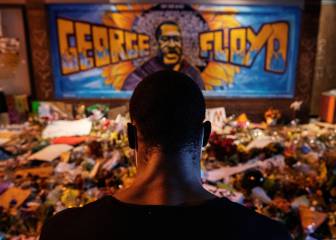 Radamel Falcao: "I could have been a baseball player"

Having spent some of his childhood in Venezuela, Radamel Falcao was introduced to baseball and he was forced to make a decision.

Radamel Falcao is one of the most highly-rated footballers in the world but it could have been different had he not returned to Colombia in his formative years.

Born in Santa Marta, Monaco star Falcao spent some of his childhood in Venezuela and it is there where the former Porto, Atlético Madrid, Manchester United and Chelsea striker was introduced to baseball.

Falcao's potential in the sport was clear and he was faced with a decision; Colombia's joint all-time leading goalscorer eventually opted for football aged 13 as he returned home before joining Argentinean giants River Plate.

"Football runs in my blood"

"At the time we were in Venezuela and baseball is the biggest sport there. I played it and was competing at a very high level," Falcao told UEFA.com as he reflected on his childhood.

"My father realised that I'd have to make a decision and decided that we should go back to Colombia so that I could focus solely on football. It would have been more difficult to do that in Venezuela because I might have been tempted by baseball, which I liked and was able to play at the same time as football."

Falcao continued: "I had big potential at the time because I became good at it very quickly and if I'd kept playing, I could've gone very far in the sport. But football runs in my blood and I did really want to play football."

Falcao struggled for form and consistency during his spell in the Premier League with United in 2014-15 and Chelsea in 2015-16, but he is back to his best with Monaco.

The 31-year-old has scored 24 goals in all competitions for the French side this season, including a double in the 5-3 loss to Manchester City in Wednesday's Champions League last-16 first-leg fixture.

Falcao: "Atlético? It's never a good idea to go back"