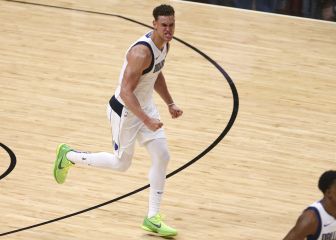 Patrice Evra refused to apologise for the crushing defeat at home to PSG, preferring to bounce back and repay Marseille's fans.

Patrice Evra said he and his team-mates disrespected Marseille after suffering an embarrassing 5-1 defeat to rivals Paris Saint-Germain on Sunday.

Marseille were outclassed and outplayed in a one-sided Le Classique as Ligue 1 champions PSG cruised to a crushing victory in front of a record crowd at Stade Velodrome.

There was confidence among the Marseille camp heading into kick-off but the home side's hopes were virtually dashed within the opening 16 minutes after goals from Marquinhos and Edinson Cavani.

Icing on the cake

Lucas Moura, Julian Draxler and Blaise Matuidi were also on target in the second half, while Rod Fanni netted a consolation for the humiliated hosts.

Evra, who was substituted at half-time following a poor performance in his first Classique since his arrival from Juventus, refused to apologise, preferring to bounce back and repay Marseille's fans.

"We passed by, we forgot to play our football," Evra told L'Equipe.

"We're sorry. But I do not like to apologise, I prefer to work so that it does not happen again.

No respect for Marseille

"PSG were far superior. I'm sorry for the fans because they set the mood, and we did not follow them. We did not respect the Olympique de Marseille."

Evra added: "I'm disappointed but games like that, setbacks, I took in my career... I lost 6-1 against [Manchester] City with United, 4-1 against Liverpool. This is not what will make me no longer believe in the project. What is certain is that we did not do the job.

"You have to take your head down and say that there is a job to do. The score hurts but the players are a bit like me, we will not listen to the media."

As for Marseille team-mate Dimitri Payet, he said: "It will be necessary to quickly digest this pill to get a result on Wednesday [against Monaco in the Coupe de France last 16].

"We have to show another face. We have talked a lot, we will remain united. This is the best thing to do."